"Siri, how many days do we have left of winter???"

Winter is a struggle for me. Thomas knows. He said to me the other day, "Remember that one time (he's referring to last year) snow had just melted on the ground and new snow started falling and we were looking out the sunroom windows and I was excited but you looked like you were going to cry?"

Yes, Thomas. I absolutely remember. That was the day before we joined the Y.

This time last year I took walks almost every single morning around the neighborhood while the kids were sleeping. I would wake up with the silent and the cold. I loved that season of early mornings. I tripped over a branch in the dark and barely missed some geese one other time, listened to Unbroken on audio and all the financial podcasts, stopped each time at the lake to stare at the clouds reflecting under themselves, and smiled as the dawn would break. It was what I needed at the time. 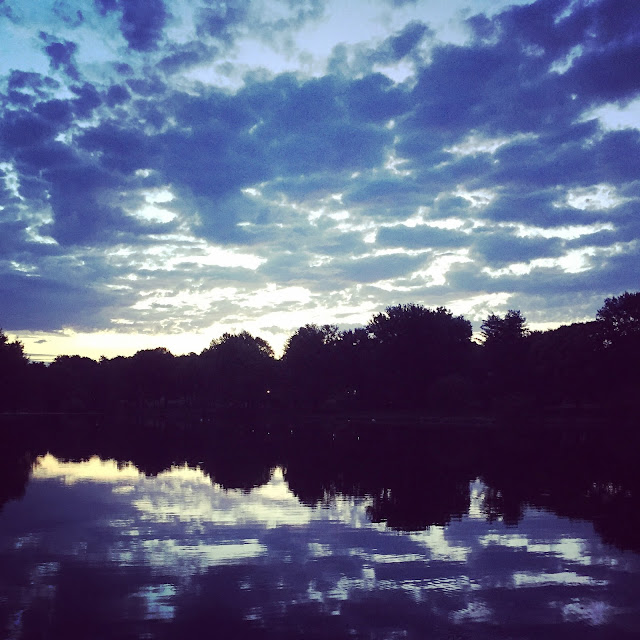 I'm in that category of people who are super affected by the seasons and the weather. Give me three rainy days in a row and I'll give you desperation in my voice and Both Sides Now by Joni Mitchell on repeat.

I cook unnecessarily elaborate meals. It's one of my love language.  The colors and the feeding my guys and the trying new recipes. I just love being in the kitchen prepping all the things and filling the house with smells of butter and onions, a simmering soup, or a roast on low. It makes me come absolutely alive to cook.

But when we had the fall back time change in November....And I was looking outside that first week when it was time to get dinner started and it was already DARK. Dark I say. Dark. It was dark even before I could cut an onion or peel some carrots.

I looked at the dark outside my kitchen window and decided right then that it was not in the cards for us to be eating this winter. I served pb & js to any kid who thought that sounded fun. So all of them. And I sat at the table with some sunny side up eggs and talked to myself about hibernation.

It was lots of sunshine and warm here the week before last. I can't be sure but I think I was floating.

For homeschoolers, February is supposed to be a bust. February is the month the homeschool momma drives by the local elementary school while asking peculiar questions of her children like, "Do you still have the backpack we bought you?" and "Don't you think recess sounds like fun?"

But I don't know how February can be a bust when January was such a drag. Let me illustrate: "SCHOOL? SCHOOL? We're doing THAT again?" <Stare face emoticon + stare face emoticon + stare face emoticon.> So, after convincing my darling (who, mind you, never had a problem doing school for an entire semester but then acted like resuming it was akin to wading into shark-infested waters) that "Yes. That's right. One semester of kindergarten was not a complete education", I don't plan on missing one single beat on our drum marching forward.

January's unsuspected horror of "education shock" has been the flip side of February's falling back in love. Okay, love might be a stretch. But we've really been hitting our stride the last couple weeks. We've found a great routine. We're using a Time Timer for everything and doing morning time and resumed memory work. We are getting our work done earlier in the day and reading more and even having a good bit of fun while doing math care of a miniature plastic dog that we pretend is Thomas's teacher because homeschoolers are weird.

So homeschooling is in good shape. And that's good because we are going from zero to 60 with Paul's travel. He's going to Australia for two weeks and I'm excited for him and we'll just have to see how the kids and I manage. I'm just gonna say it. We are so due for an awful sickness. I'm bracing myself.

I've been a Catholic all my life and I've never once made the connection that a sincere focus on Lent could be a convenient distraction from winter. It's only a pretty theory I made up the other day. My eyes lit up and I thought I finally found the ticket to surviving a bi-polar Missouri winter that teases and taunts and occasionally dumps tons of snow on you when you least expect it. We'll see.

I'm off Facebook for Lent. So blogging here (which I still hope to do on Tuesdays and Thursdays) is interesting. I already have a tiny audience. It'll be super tiny without Facebook. I think I like that though for right now.  When I started blogging I could care less about the race to blog this certain way so that I could get somewhere with it. I just had words I wanted to eek out. I just wanted practice. I don't need to arrive. I just want to show up.

Honestly, writing is a labor for me. It's really, really difficult for me to move my thoughts and feelings out and over to you without mixing it all up. To connect, yes, that's my hope too--that someone else (you) can say, "Oh, me too!" This is my space to practice with the words over and over and over again.  It's really hard to do that when I'm focused on the opinion of others. So some quiet blogging during Lent (maybe I'll let it all out a bit more) feels pretty good.

If you are here, still, without Facebook---wow. I love you. I'll write to you this Lent, so tell me what to write. And if you say nothing, I'll keep writing just like this.

But back to winter. I can see the light. It's there. I'm going to pull out my superhero cape (totally kidding.) (I keep it on all the time. ;) and really go big for this last stint of winter.  If all else fails, our Lenten Prayer chain and grocery deliveries from Hyvee will save us!! 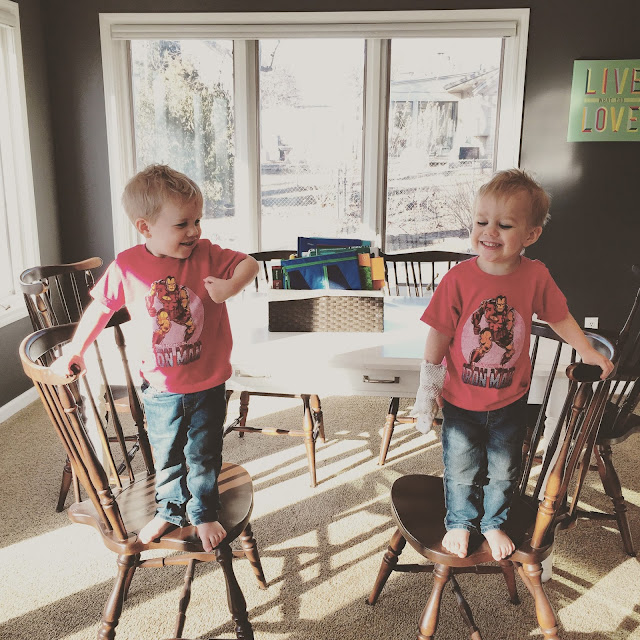 Posted by Ashley Anderson at 4:38 AM