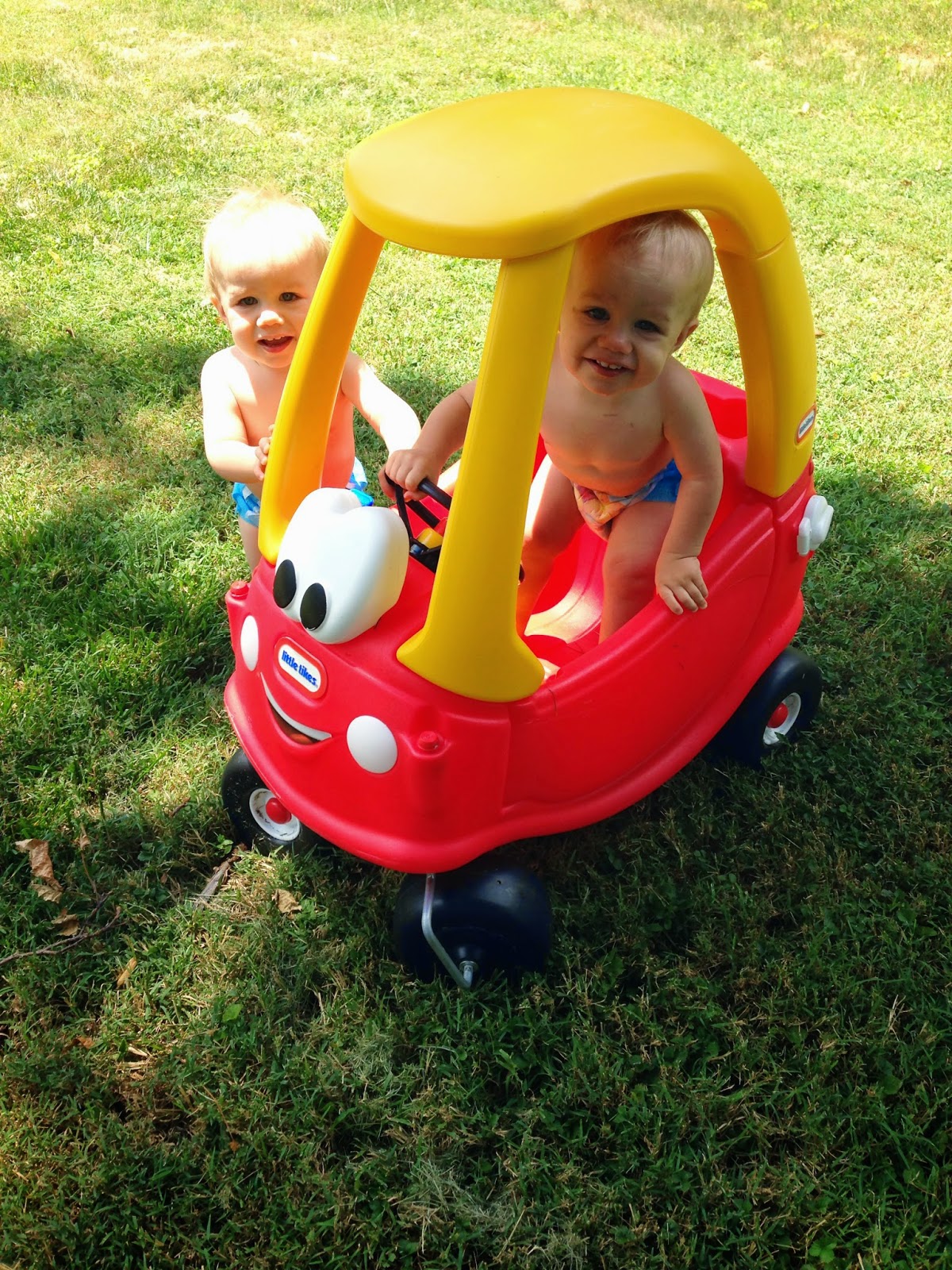 I just finished reading Jane Eyre for the first time. I happily contemplated Jane’s two mile walks without ear buds, no impulse to start Runkeeper or snap a photo of the blossoming crepe myrtle. An imagined interruption of that kind, her pausing to comment on a friend’s selfie at Starbucks, amused me. It erodes that carefully cultivated image I have of her deep-rooted virtues made possible by difficult work. I closed the book now and then and wondered if we can still yearn for things and for people when we churn our experiences and thoughts onto social media just minutes after they drip into our laps. I think there is a place for waiting & withholding and I wonder what that should look like for me. How it could look like.

I love how summer pulls us away from the screens. A pool or a lake haven’t yet caved to accommodate the iPhone, at least not if we want to have much fun. All the long hours of sunlight urge us to venture to the park, take a walk with the family, or sit on the porch past dusk even when it means cursing mosquitos. Last week, at my in-laws’, I took several trips to the hammock to lose myself in a canopy of green leaves and soft blue. Its lull away from all those things blazing bright inside my phone’s screen was a very welcome and mysterious one.

I want to build better boundaries. Thomas may talk a million words on a screen-less trip across Missouri, but it’s a delight worth the work. It is easy to let Netflix finish the day, Paul on one couch and me on the other, but I would rather argue with him over how to spend that chunk of money we have set aside than let the time roll by untapped. I want to weave in intentional work to preserve the time I have with my loved ones.  It is so easy to cave.


My answer for feeling good about all that noise online is to stop thinking about all that noise online, or at least for chunks at a time. An easy step, a first step, is saying no. It’s as if I give myself permission: you don’t have to bring the phone with you. And then I have a little arguing with myself and finally a voice wins with, “Really? No one cares!”  Baby steps in cleaning up my mental diet are walking without the phone, going to bed with the phone in the other room, heck, just leaving it alone for a bit.

I have to wonder when I’m scrolling feeds, is there something that I need: love? attention? affirmation? connection? answers? a sense of achievement? community? If I’m able to answer that question and my time and attention isn’t already needed elsewhere, the world wide can be a wonderful thing. Truly! But if and when I’m distracting myself away, splintering my love, attention, focus and all for something mindless, I have truly missed out on the blessings right in front of me. Gifts that are not promised for any other future moment than the one I'm inside. 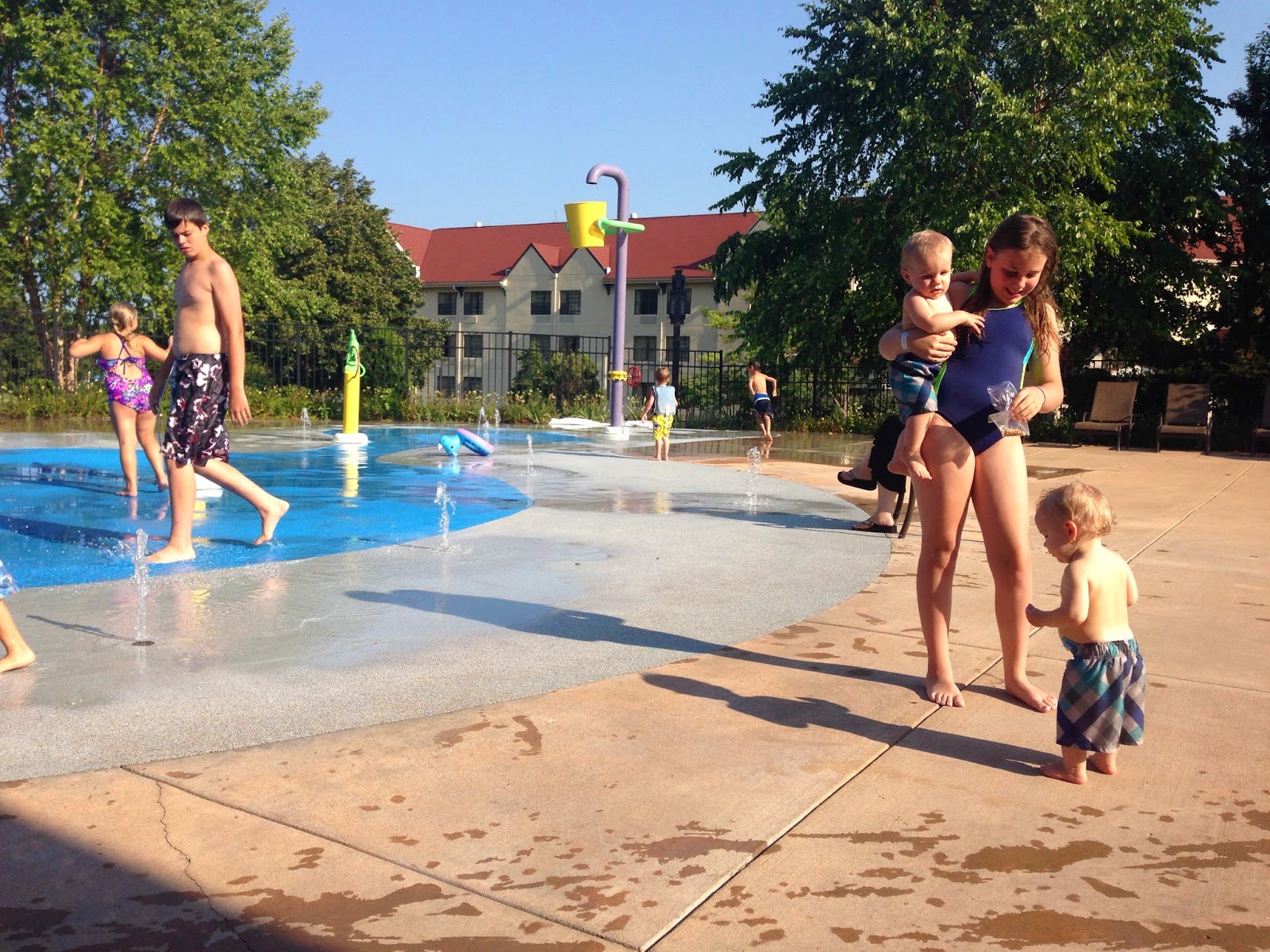 If time online leaves me feeling empty or fake or unsatisfied or chained, I must feast on other things. Namely, nature. Easily, family. Predictably, books. But other things too. Things that take more work, things that require a little more simmering and self-control, a little more time to grow before bearing fruit.

As they say, moderation in everything. And yet, I don't think you can get too much time like this--- in the woods with family. Delicious! Seconds please. 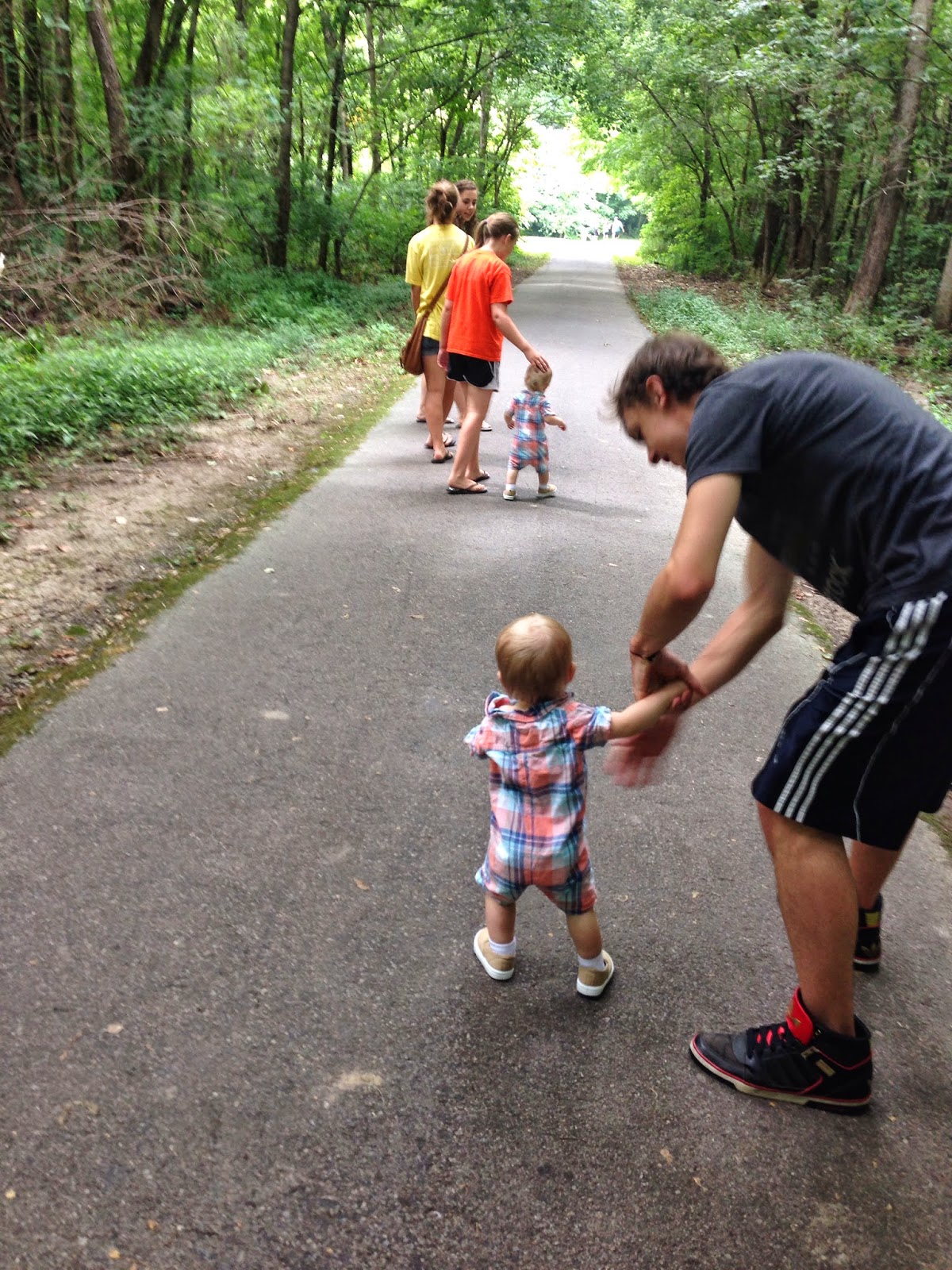 When we talk about Facebook and blogs and Instagram and all the things online and how they aren't good, let's turn our gaze to the things that are. I know my garden needs a bit of care, that I live in a neighborhood shaded by trees, and I have hundreds of recipes calling my name and a four year old happy to play sous chef. I don't feel disheartened by the things in screens, but I do know their power to fix us quick, sell us cheap & to slice up a mystery that sometimes would be better left savored elsewhere & by someone else. It's the good things that our attention should be fixed on, those things that usually take a lot of quiet, invisible, tiring work but with a greater, fuller, satisfying reward. Sure, screens vs. our time away from them isn't a fate of either/or, but it definitely can't be all, all the time.

Posted by Ashley Anderson at 9:33 AM No comments:

The #1 Thing I Believe About Education

It was so difficult to write and publish something with a title containing "the #1 thing I believe". It could have just been about making a bed ["The #1 Thing I Believe About Making a Bed"], and I would have felt myself winded from the effort of asserting my opinions on bed-making which start and stop at-- make them as often as you can. Also, the post turned out just about as dry as that leftover pizza I heated up and then forgot about in the toaster oven for about thirty minutes yesterday while I was distracted by diapers on the verge, a 4 year old terrorizing us with his ninjabatman skills, and the kids in general coming at me like a herd of drunk alley cats. Yes, this post is as dry or dryer than that piece of pizza. I tried to slip in a joke about a rabbit, but it didn't work. With all that said, please read on. I would love that very much. 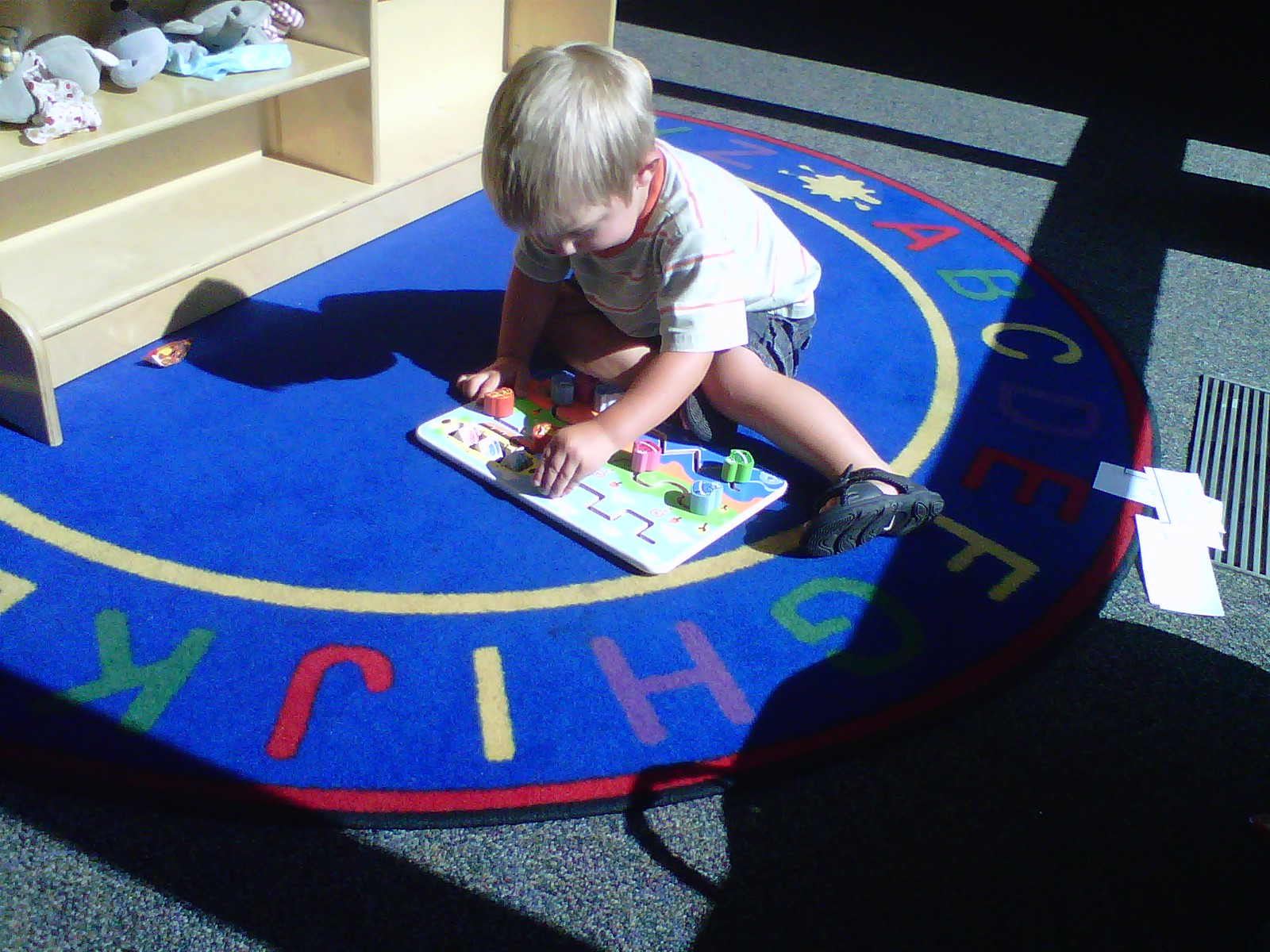 We are considering home-school for Thomas, but it has little to do with a decision against other forms of schooling and everything to do with the natural progression of things in motion. However, Paul and I have a foundational understanding of our role as parents that helps us embrace homeschooling just as much as it would help us abandon it in the future if/when needed.

We see ourselves as the primary teachers to our children for as long as they are in our care. We are very aware of the great influence we have in their lives and know this to be a noble responsibility as well as a true joy.

Paul and I were both raised by intentional parents who cultivated a love of learning, and a path to that, well before the force of the classroom. Reading was widely encouraged. Kids were expected to handle weighty responsibilities. Independence was earned and respect to authority was given. There were dinner table conversations of weight. No meant no. Hard work offered no shortcuts. T.V. was generously limited.  Not too dissimilar, I imagine, from the home you were either raised in or are now day-by-day cultivating. 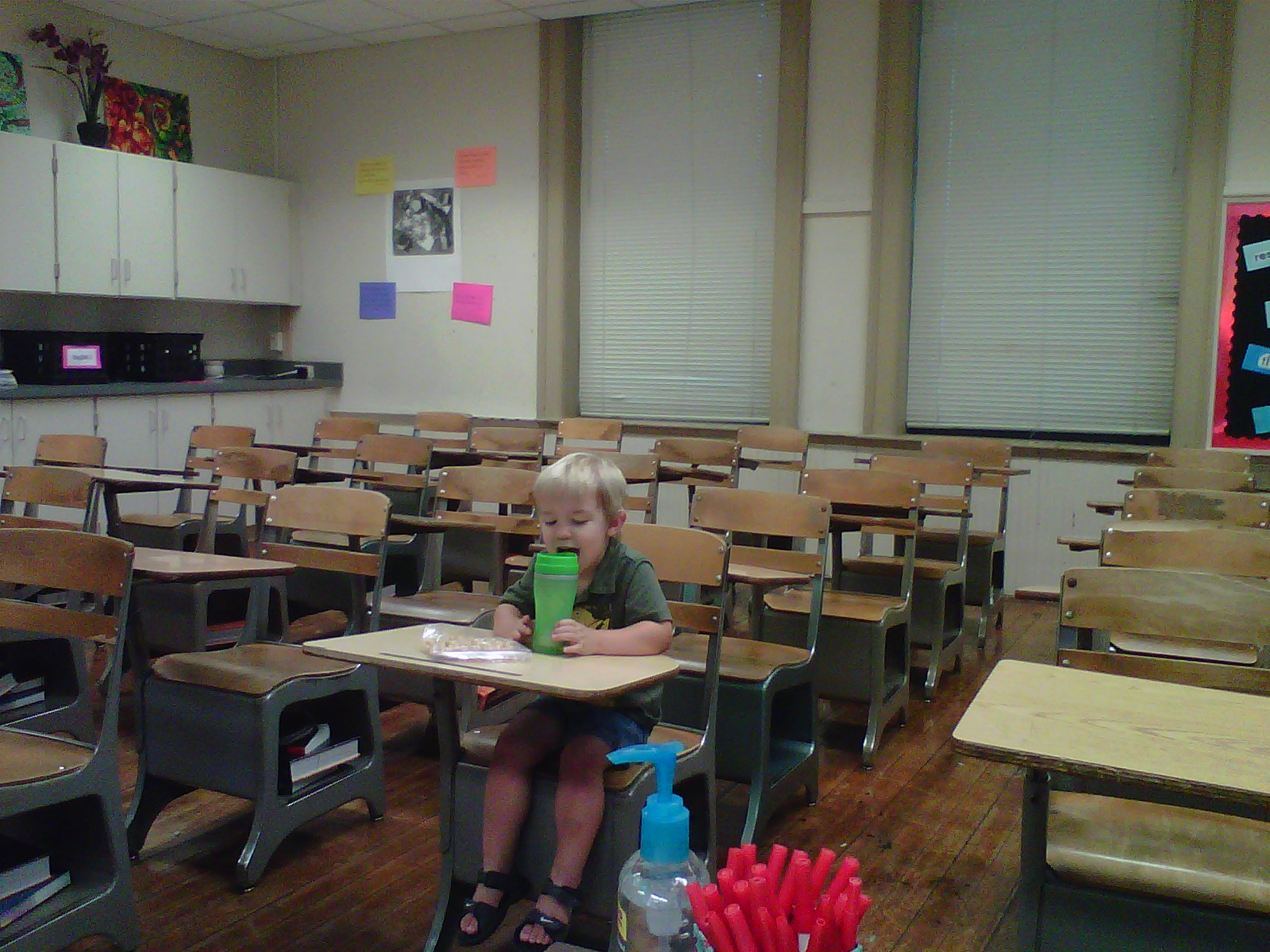 I've always felt incredibly grateful for my public school education. To me, it was more than adequate.  And yet, as I get older the picture come to focus a bit differently.  While I wouldn't subtract praise from some truly great teachers I had, I also see now that those things I was gleaning from school largely stuck because of the foundation I received at home.

I saw how true it is that parents are the primary teachers in the six years that I taught in public schools.  It was the young adults already equipped with values like a sense of purpose, integrity, and a healthy self-esteem (from what I imagine was a good mix of hard work and lots of love at home) who most effectively absorbed the information and opportunities in my classroom.

As a bonus, some kids arrived in my classroom with experiences. They happily shared that their parents talked to them one-on-one or that they had been to a play or to another state or had visited a battleground. These kids really experienced a rich boost in learning. They had the exposure and were ready to run!

Parents provide those hooks with which their kids can hang that knowledge coming at them.  Parents are the first to show and show and show what this world is about and how a child should carry herself in it. It is my belief that particular school programs make much less difference in a student's knowledge base than that frame of reference provided to them at home. 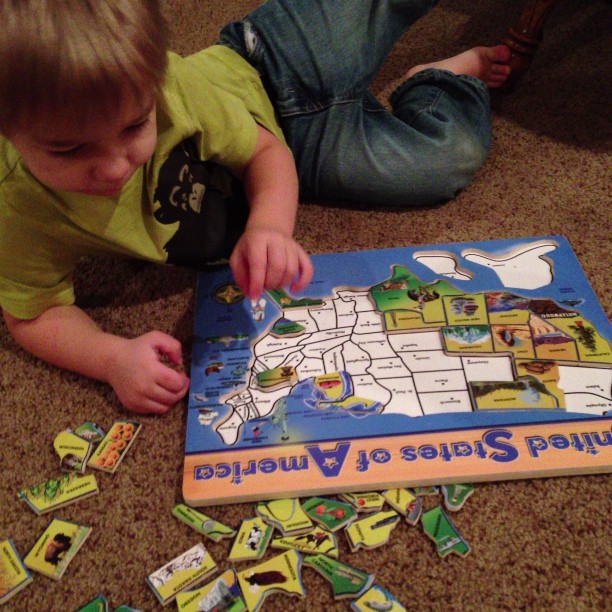 I also experienced such sadness for kids who were starved for attention, words, experiences, or simply just love, and came to school each day actively looking around for a substitute for that void.  These kids are found in any classroom setting distracting themselves from learning because they've got other pressing needs that has them all but gnawing on wood.

Tremendous praise is due to the wise parents who entrusted their kid to me in the classroom, and yet never let their kid's physical distance be a reflection of a total release of that very special and also important role they earned when the stick turned blue (or two plus signs appeared or said pregnant or whatever it was that it did.) 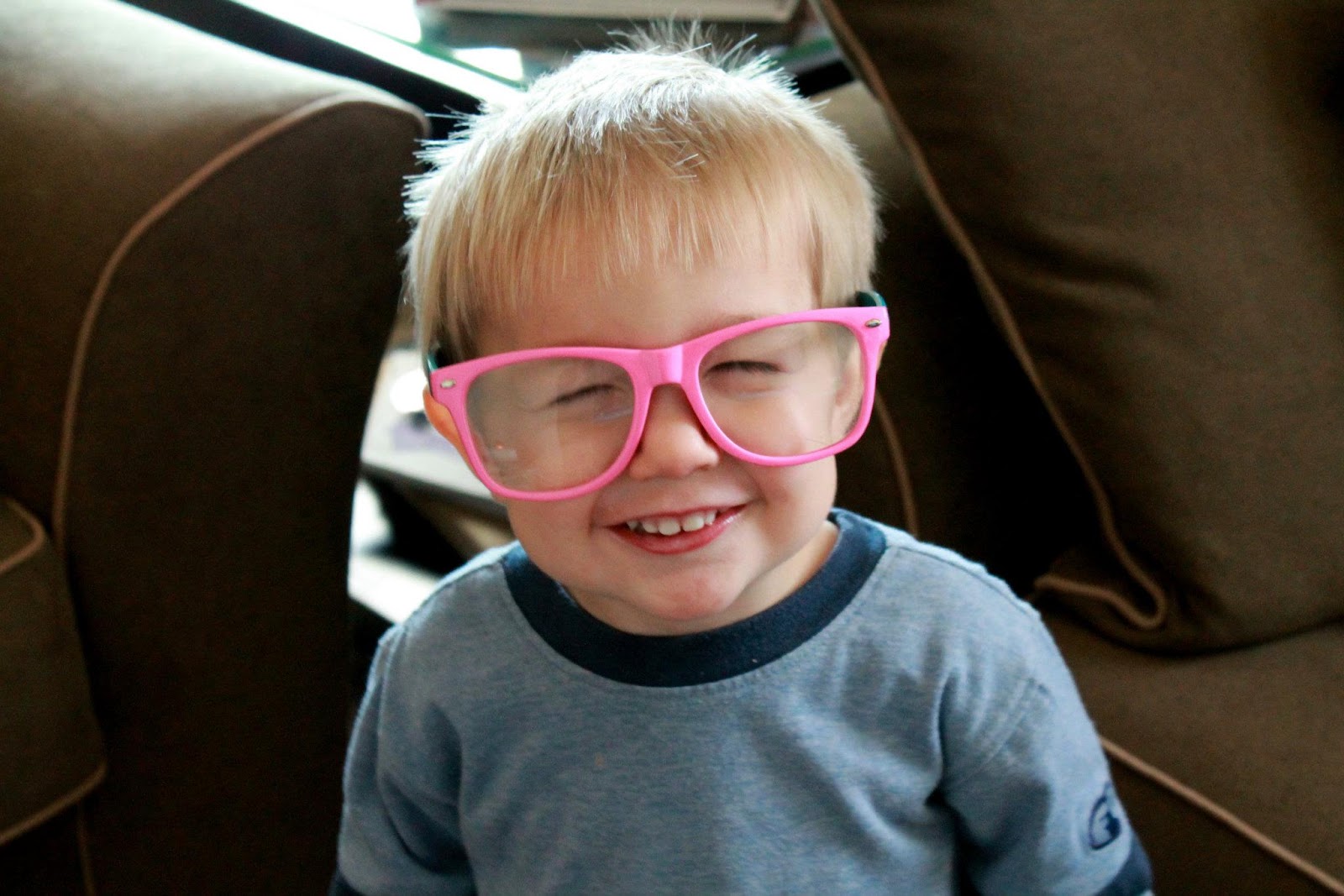 If Paul and I go forward with homeschooling Thomas, it is because we are so convicted that parents are already educators that our hearts were found open to it.  And if we don't home-school, it will be because we know there is no system, school, or teacher who has enough power to completely overthrow all that brainwashing we've been doing this whole time.  [See, I did try one joke.]

We don't see any form of schooling as a hill worth dying on whether that be public, private, or home-school. There can be so much tension clouding the conversation of educational choices. Parents are twitching with anxiety in comparison, guilt, doubt, or financial burden. Maybe it's best we rest a bit with our choices. We do what is right for our families with the resources we have. We try our best. We change course when needed. Children are much more flexible and adaptable than we give them credit.

Moreover, we know this: no matter where our children put pencil to paper, it is the untold hours of discipline, training, teaching, conversation, and love that we have poured into them each day that they bring to that desk. There will be other things at that desk too. To start with, likely a spicy word carved in with only the flare boredom can muster. But it is my observation that these less savory bits of education, inevitable in every single possible setting we sniff out, matter a great deal less to a child sent with a heart and mind already stuffed.