A lot of you know about what's been going on at my house. Some exciting stuff. Well, here it is: 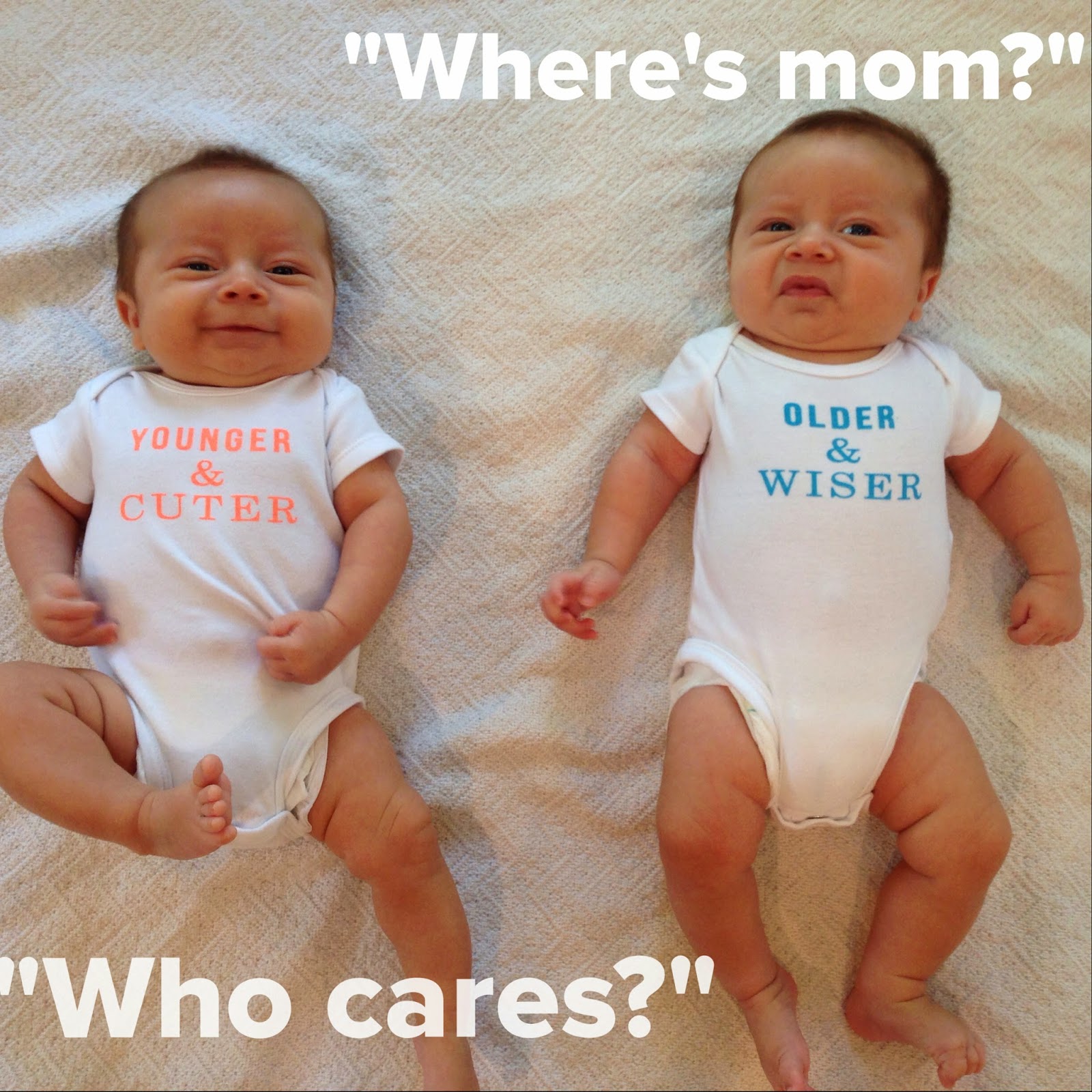 I'll be watching my sister's twins for the next few months before they join in the day care at her workplace. (First part-time & then full-time) That's five boys under the age of five. 1 four year old I'm kinda sorta homeschooling right now. 2 toddlers that I'm transitioning to mostly free roaming the house and its goods. And 2 adorable babies for me to sleep train and make smile.

Andrea & I are both navigating new routines & challenges and sending sisterly check-up texts to each other.  When she was pumping earlier she wanted to know how things were going, so I went right over to her boys and snapped this 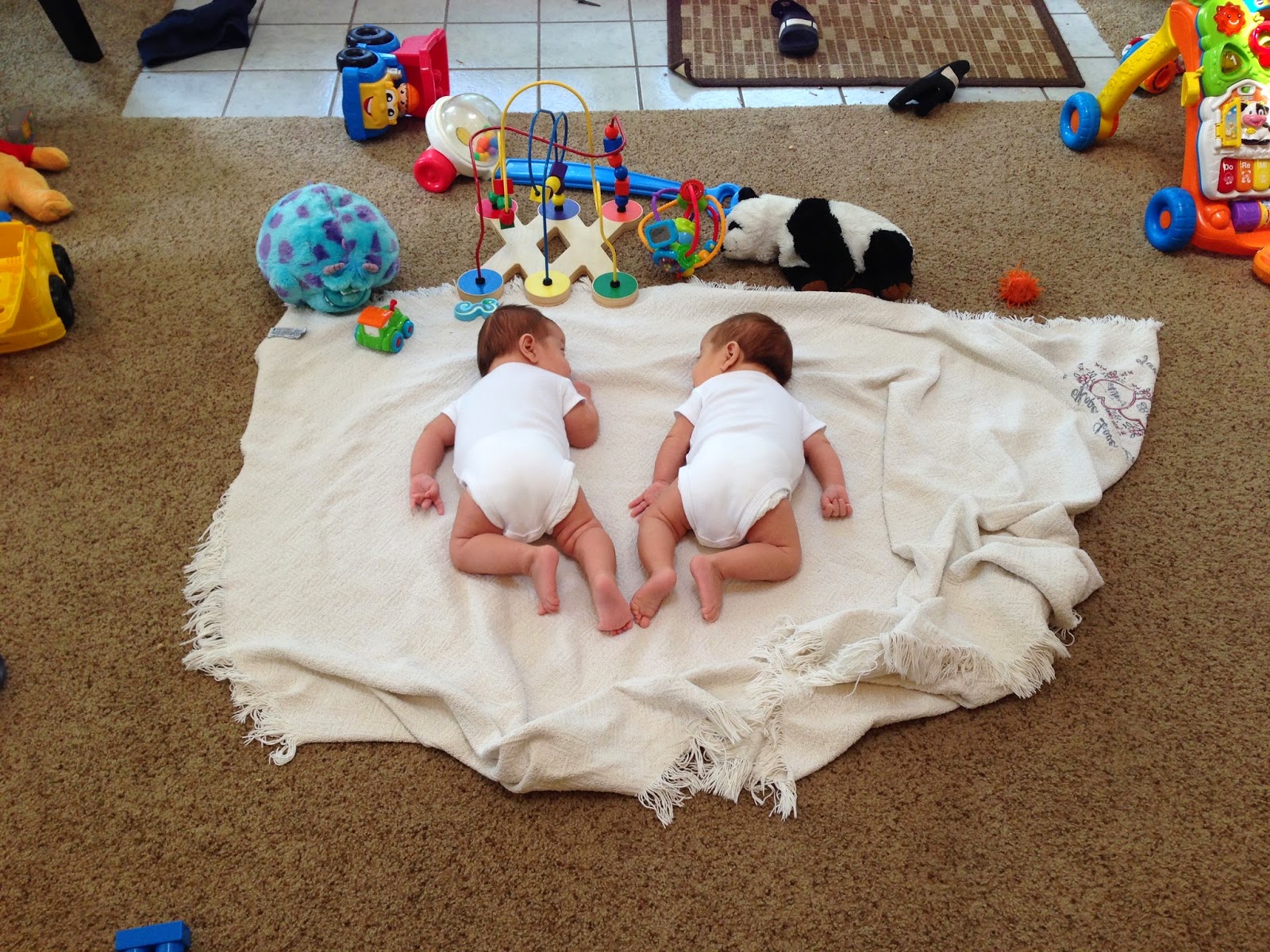 right as one of them let out a long, slow fart. (If I was talking to my kids, I would say toot. But, c'mon, I'm gonna give these Mueller boys some credit. It was a fart if I ever heard one.)

Then I located Alistair & Emerick and snapped this 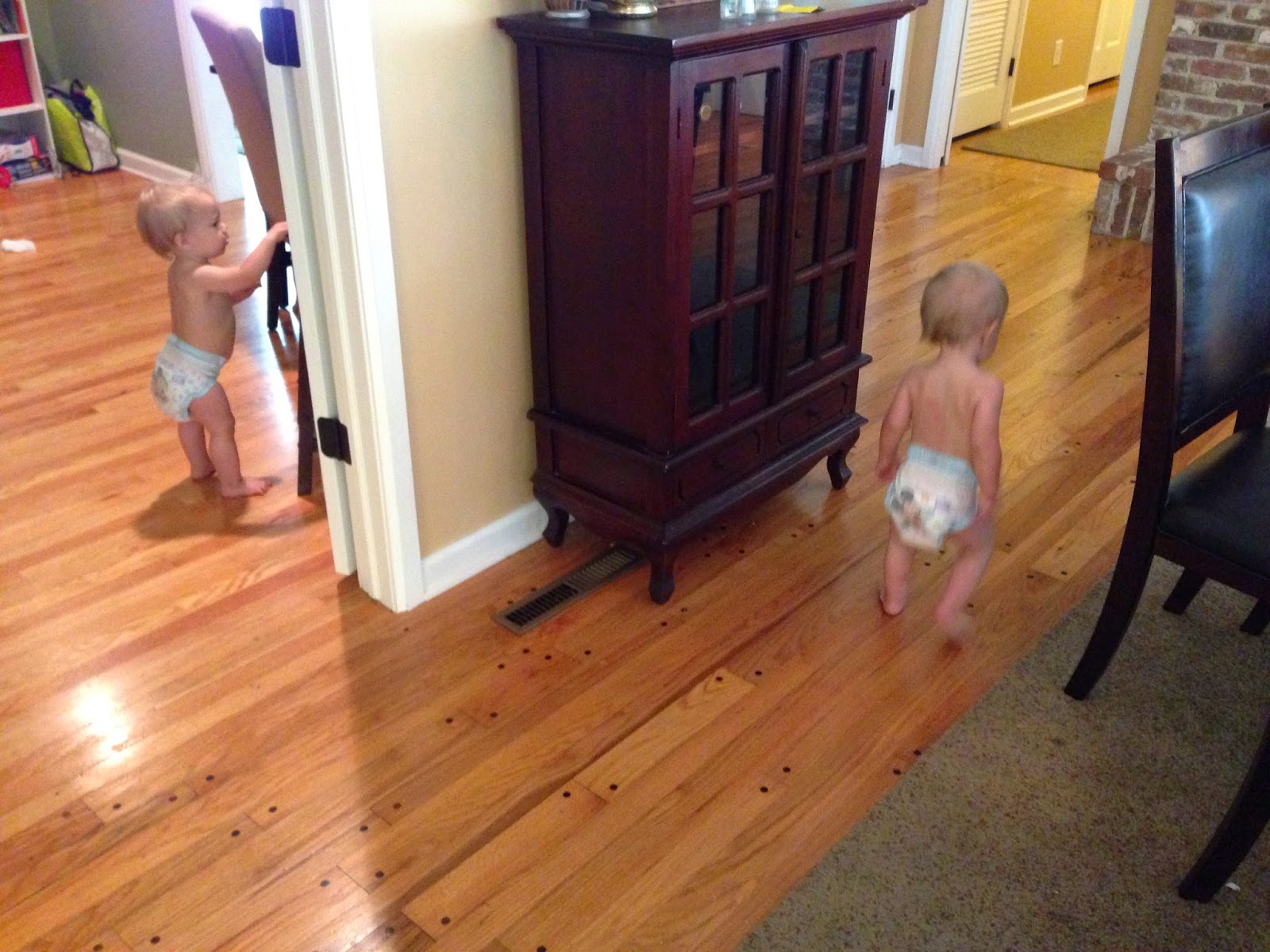 right as Alistair (on the left) was filling his pants with what can only be described as liquid poop because it made a sound which struck that exact chord & Emerick was 3 hot seconds away from a time-out for touching the forbidden light (a lamp of irresistible toddler magnetism).

Then I found Thomas who had just two minutes earlier found a pb & j and exclaimed, "Is this pb & j for ME?!!!" like it was a gold bar to solidify his fortune... and so I caved and gave him the very expensive, very amazing treat (his 2nd for the day).

His look here seems to suggest pondering his former life of fond memories and/or how all the noise in the background is quickly making for negative ones.

No, really. He loves Luke & Logan. Adores. He sings to them & even showed his brothers how to very, very carefully touch them --- which just tripped me out & back to when they were that size and I was praying he didn't jump on their faces. Not really, but yeah...pretty much.

Alistair & Emerick definitely LOVE the transition. I've let them loose in the house & haven't had the time or energy to have a series of mini heart attacks about it. I found them at the fireplace perched and swinging their legs like it was just the. coolest. place. ever. It reminded me of teenagers smoking in some covert place and loving their put-on intrigue. Yeah, you cool boys. You real cool. 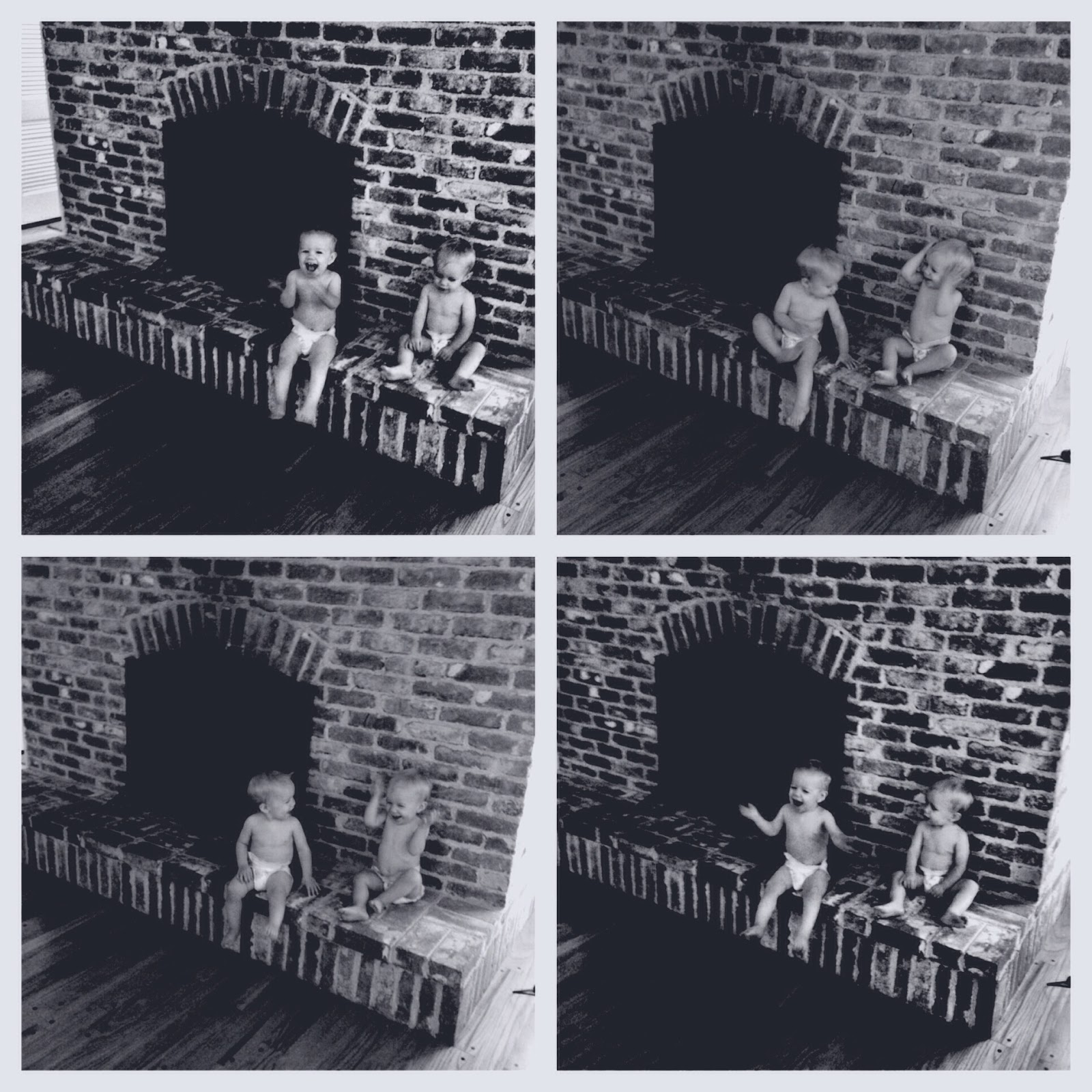 Today was my 2nd go round as headmistress of the Anderson House of Boys and it went pretty well. However, it wasn't a walk in the park as evidenced by the following:

a. my trash can is nothing but a mound of diapers. I seriously mean it. It's the perfect setting to play "I Spy a Dozen Diapers Without Even Digging!!"

b. a half hour before pick-up (babies asleep) I stuck in ear buds and displayed my dancing interpretation of "wiggle, wiggle, wiggle" and "drop it, drop it low girl" and many other songs to my twins who looked both delighted and disturbed.

c. right before writing this post I shouted into the void sun room, "I NEED CHOCOLATE!" and the universe answered back dressed as a 4 year old pushing his brothers around in plastic tubs, "Mom, you can't have chocolate until you've cleaned. Chocolate is a treat.... Your room is a mess. We do work first before treating ourselves." 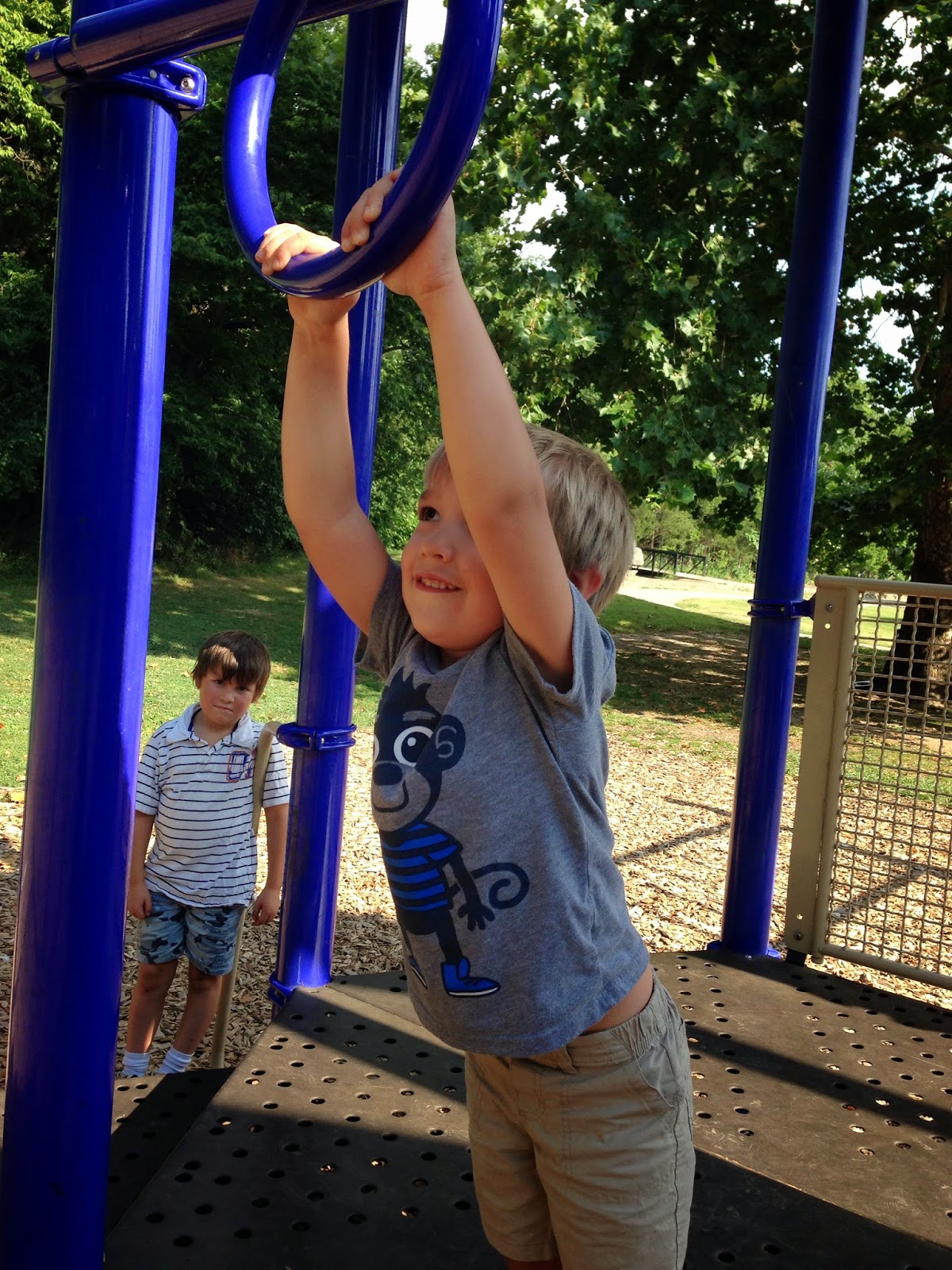