When there's something lodged up in your heart

I'm camped at the dining table. I think it's because of the sun coming through the windows along the back of our house. Those windows, despite a fragmented mural of smudged little handprints, are flooding my home with happy. And I need that sunshine today. 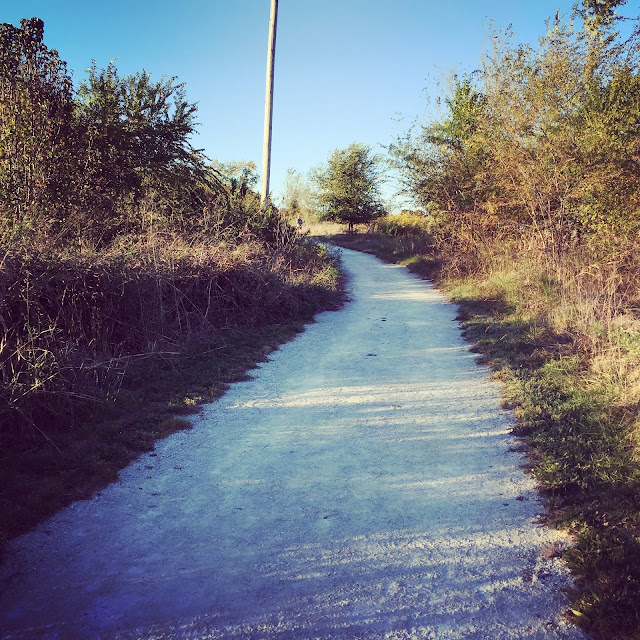 Ever have one of those weeks where you just get whammy after whammy of slams from real life?

That's me this week, so far. It's nothing that bad really. It just adds up.

Thomas cussed in PSR on Sunday. He spent an hour writing letters of apology when he came home. I get that. I cuss. I've been stressed as +%&% trying my best to keep the twins from hurting themselves this summer ever since we found out they have hemophilia.  I average one really tiny heart attack about once a day when someone gets hurt.

I've had to reverse five years of being chill. I've had to turn this ship around and be on high alert and keep things um, mild--- you know, because it's easy to have three boys playing together without things getting rough. Boys don't like to tumble and jump and climb. I don't know if you've ever met boys, but they like to keep things calm. Really, really, really calm.

Anyway, so there was Thomas's cussing which wasn't funny but I 100% got. it. And poor kid.  He never once said, "I learned that from my mom." I was waiting for him to spill that out in front of Sister Jeanne. I was waiting for him to say that his mom runs around calling out for Jesus in loud ways, but it never came. He just kept saying that he knows that bad word. And I wanted to tell him telepathically that I owe him for life.

It's hard to see your sins take shape on your kids and walk around bumping into things.

Yesterday, I took the kids grocery shopping.  A woman stopped me and said...

"I have utmost respect and admiration for you....

"I nearly raised my two younger twin brothers and I wouldn't envy any of your life for the next 18 years."

And then she strolled off leaving me with my kids hangry and wanting to prowl about like wolves through the grocery store but strapped in our two stuffed carts.

Last night I told Thomas not to interrupt me on the phone unless someone was on fire or letting out blood.  But then I saw why he still tried to interrupt me on my phone call. He had gone to fix the crayon on his closet wall and had done a wonderful job except for one small point: He had scrubbed the wallpaper off along with the orange crayon. Ok. Awesome. So the wallpaper needs to be removed and the closet needs painted.

Yesterday, I could have sworn Emerick woke up with pink eye. I saw white puss. I heard a long babbling story from him and lots of crying. Who knows what goes on in that room sometimes.  I Googled all the stuff I needed to know and was at the ready. But that passed.

But then at the opposite end of the day Thomas was curled in a ball and said his stomach hurt real real bad. And he said maybe he had poop lodged up in his heart.  I gave him water and told him a vitamin might help because I was also dealing with the twins and needed a stall tactic.  He mentioned maybe eating a leaf a couple days ago. I went to question him about this and found him passed out in my bed. 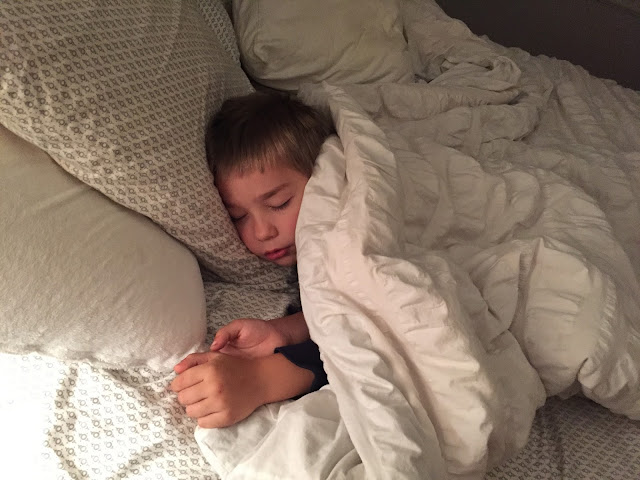 Then the twins had their speech evaluation today. Maybe there will be more speech evaluations. Maybe not. I know I will get Alistair's hearing checked. Add it to the list! You know what I mean. The list. It's just so long, right? At some point I'm not going to feel like someone is punching me in the gut when we are assessing what's "wrong" with my child. I'm just not there yet.

And the guilt from having twins. Having multiple kids. Just wondering all the things.  Do I listen to that kid enough? Do I read to child #2 more than child #3? Do I take them out enough? Do they have enough friends? Was this nature? Was this nurture? Will this go away? Will I ever feel like I do enough? Do I do too much? And that's when you need to chill out. That's when you know your brain is fried and you need to just. shut. up. and deal later.

But wait, there's more.  But Ashley, you've already complained enough! NO. NOT DONE!!

Here's how Paul's travel goes for me. He travels almost every week. We are on week 5 in a row. And I'm normally fine. Totally fine.  Really. It's like I was built for this. Minus I do love hanging out with Paul and I miss him, but when it comes down to it we all do what we need to as part of the plan. Anyway, yesterday I just felt so... lonely. So terribly lonely.

Staying at home is already lonely. It's like the only bad part of staying at home I just can't find a pretty way to tie up. And then you put travel on top of that.  To laugh with your spouse at home??? There's nothing better.  You are with illogical but adorable children all day and then your spouse comes home, helps you a bit, and you can laugh at your adorably illogical kids dancing together to loud music. You can look at each other and know without saying it that you love your kids so much and you are so, so grateful. Without that touchpoint each night. Without that talking to someone reasonable, discussing goals and tasks and thoughts and things you learned--that's really, stinking hard.  Note this. After this season of life where motherhood of littles is intersecting with SAHMhood and Paul's constant traveling all in one place--I will never, ever overlook the loneliness of others. I totally, absolutely get it.

Anyway. Yesterday was one of those rare times where I just felt heartbreakingly alone. And then I went on a walk at the Y and things weren't magically better. It was bedtime so that was better.  I stayed up reading The Martian, reading about his loneliness.

And then I woke at 1:00 a.m. to what sounded like a big dog and a little dog yapping like crazy for 20 minutes and so I was convinced that a killer slash robber was on the loose and coming for my house and so then I didn't fall asleep again until no memory at all because I was wired from life preservation overdrive and I woke up way late to hangry kids all over again.

Gosh. I don't know why I'm telling you all of this. I don't even have some wonderful wrap-up. I was going to slap one on but nah.  I'm not reading into any of this. I'm not making something of it more than it is.  Sometimes we just see a lot of crap at our feet all at once and we have to roll up our sleeves and get to work.

Also, sometimes I like to write about women working or not working on this blog.  I like to make things pretty. But let's get real. There's really awful parts about staying at home. There's really awful parts about working. The other way too. Great things too! Let's just cut the crap and be honest with each other.  Sometimes, you can love what you do but not like it at all that day.... or couple days. But that's really fine!

How's your day today? And don't shy away from telling me your day is awesome. Seriously. I want to know! Actually, I would love to hear about someone else's day--help me get my mind off me!

Posted by Ashley Anderson at 12:04 PM

Email ThisBlogThis!Share to TwitterShare to FacebookShare to Pinterest
Labels: Motherhood