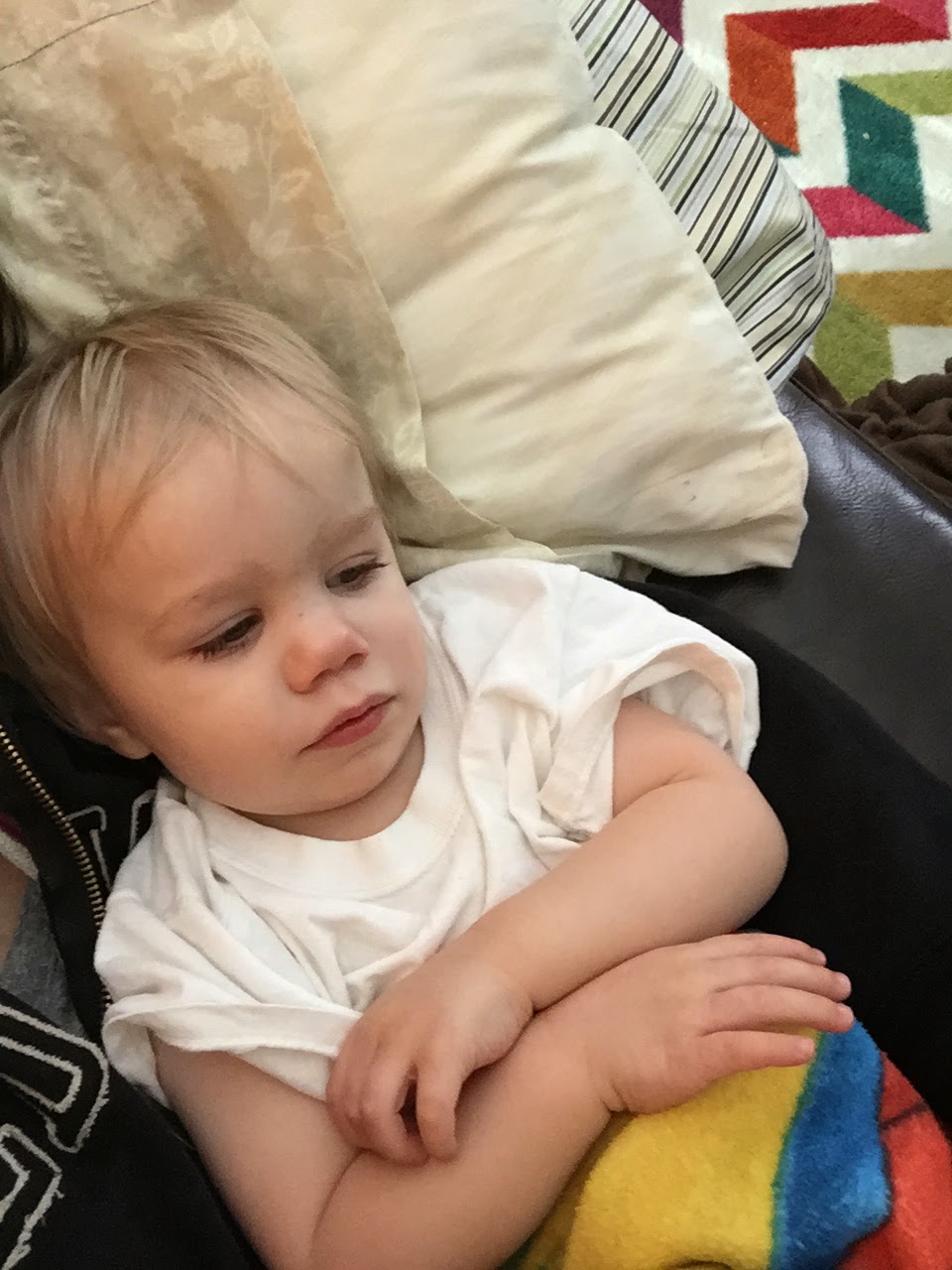 February is just the worst, isn't it?

Let me recap because doing so will just tie up this mess into something clean and done. I hope.


This February gut punched us with one big snow that lingered as ice on the roads for over a week. I tried to walk on the 5th & 6th days after the storm.  Navigating the neighborhood meant dodging cars for space on black ice and hoping I wouldn't have to call Paul to pick me up because I had foolishly fallen on a sprained ankle out of my need for fresh air.

And then there was another bout of snow just as the remains of the first storm were gone. The snow was all but gloriously melted. My view of the backyard was that of just a small number of bitty snow piles from storm #1 remaining as big flakes from storm #2 started falling.  It was so beautiful, truly.  Our charcoal gray sunroom frames the falling white and it is just stunning. But I also wanted to cry this-is-starting-to-feel-like-the-shining-tears.

Paul traveled two weeks in February. The second week being when the kids were sick and then I was sick.  And yeah, yeah, I'm not supposed to complain about kids because I chose to have them and all, but seriously. Taking care of three kids when you are sick and there isn't anyone else there. It's NO JOKE.  OH, AND DOING THE WHOLE 30 on TOP of all that I just mentioned. Everything from scratch. Everything planned. Everything careful and on time. All right alongside me trying to convince my kids that sleeping on Thomas's bed while they pile toys on me is a legit and totally normal game. All the moms do it. 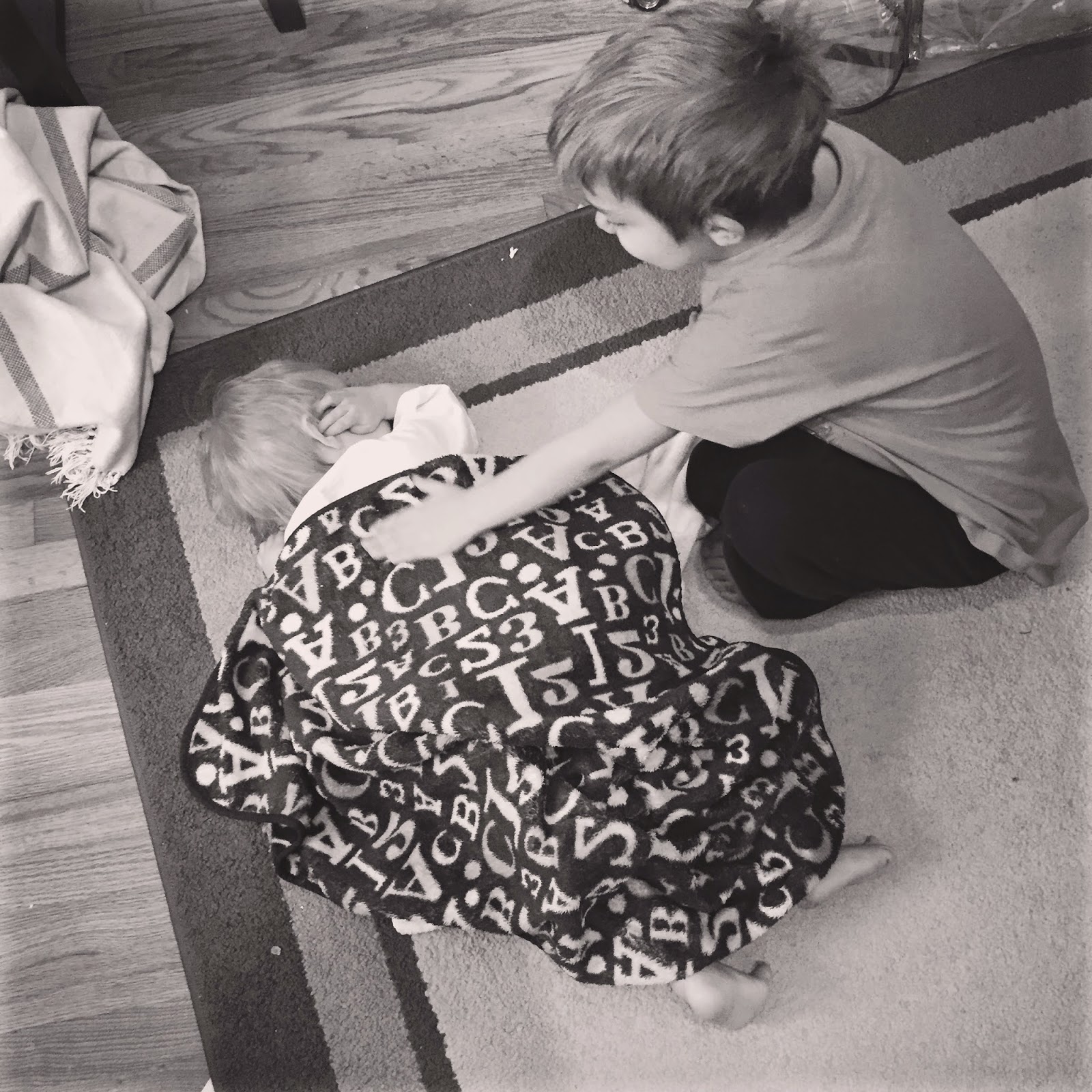 Major props to Paul though for coming in from traveling and rescuing me from impending winter depression as a consequence of being stuck inside where I courageously used up every bit of medicine, diapers, and Kleenex within arm's reach and experimented with our kids' exposure to dangerously high levels of screen time.  I was so exhausted by the time Paul came home we skipped that often ventured and all too cliche do-you-have-any-idea-what-I-did-while-you-were-gone argument. I crawled into bed and slipped into sleep and thanked God one million times that I have Paul and I promised to never challenge Paul to think about what I do when he is away on business ever again.

I mean. December was great. Parties. Christmas. Excuses to buy festive clothing. January was pretty great too. I walked a ton. Cold but not trapping. New year!! And February seemed to be delivering more of the best winter has to offer (which is little but I'm okay with that), but no. It stopped being okay and went right for just terrible like a dagger to the heart. And why am I surprised? I always know February is the worst. I've lived in Missouri for 30 years and every year I am abhorred by winter, like this is my first time experiencing the cold. I act downright shocked that Mother Earth would ever dare disturb me with slopes of snow in my front yard. What is this stuff? I can hardly walk in it. This is ridiculous! Just asinine! 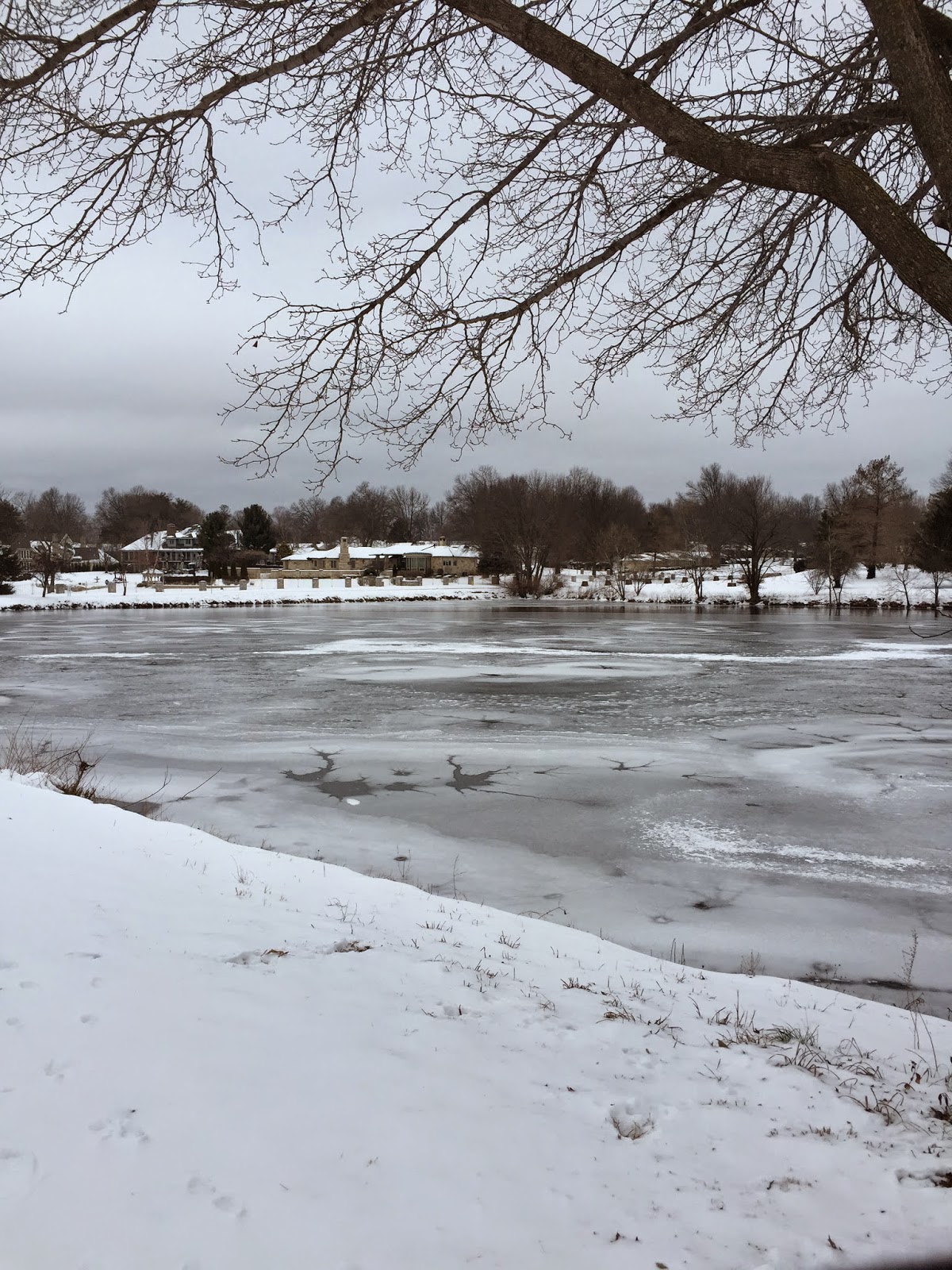 I let Thomas practice counting his numbers on our fridge calendar at the beginning of the month, and so I extended February's dates well past 28 and forgot to wipe them off. So this weekend as I was crossing the finish line of my sickness and realizing that those things called numbers on our calendar weren't in fact the real dates of February and that we were actually done... other than being sad two seconds that I hardly read anything and I got in even less walking... I was over the moon at the number 28. Best number ever. You're done, February. You're done! Go home. You got drunk and really embarrassed yourself, puking snow and ice all over the place and frankly, we don't want to see you again for quite some time.

Well. Here I am in March. Feet planted. And not only that but I'm waving my white flag.  Winter is that season that puts stay at home mommas to the test, and I'm just barely going to pass. But not before I take back what I said about the YMCA and run there real quick tonight to sign myself and all my sweet family members up for this-is-not-our-home-so-we'll-take-it fun!

See you at the gym, friends. Don't run away when I make eye contact with you, mouth "mommy break", and smile big enough to fall off the treadmill.