Yes, this IS the only thing I have to write about right now. My brain is so on kid mode, you don't even know. I'm going to start twitching to the tune of Twinkle Twinkle in no time. I know there will be a season when my brain sails away to other places beyond our island of teaching little people words, but today is not that day, my friend.

I'm watching Luke & Logan along with my three full time now unless you don't count the collective hours I tell Thomas to go play in the dirt outside, and then I'm on this almost full-time. Most of my mental, physical, and emotional energy is spent taking care of and loving on all these people, so I have a few notes to share about each boy with you. They are all amazing and bring so much joy to my day when I'm not furiously finishing dishes or gasping at choking hazards I've found in the boys' room.

Luke: Generous with the smiles. Eats like a beast. Likes to poop and fart on me when I am holding him like a nice aunt should. Fascinated by hands. Amused by Thomas. Developing interest in that guy who looks *just* like him. 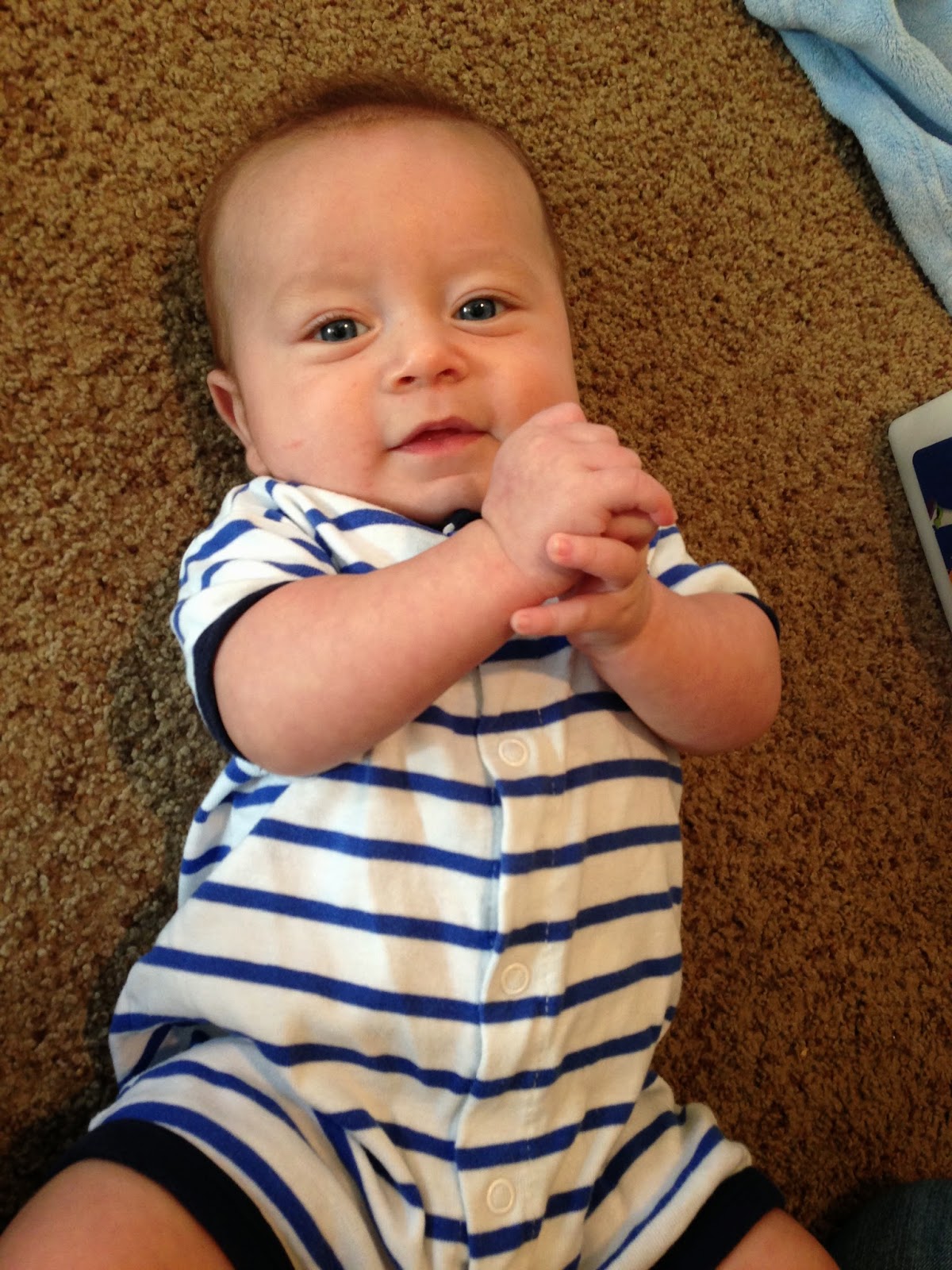 Logan: Tolerates my singing. Sleeps like a beast. Likes to spit up on me when I am holding him like a nice aunt should.  Fascinated by hands. Amused by Thomas. Developing interest in that guy who looks *just* like him and especially seeks contact when "those other people over there are acting crazy and I think we should find a way out right now". 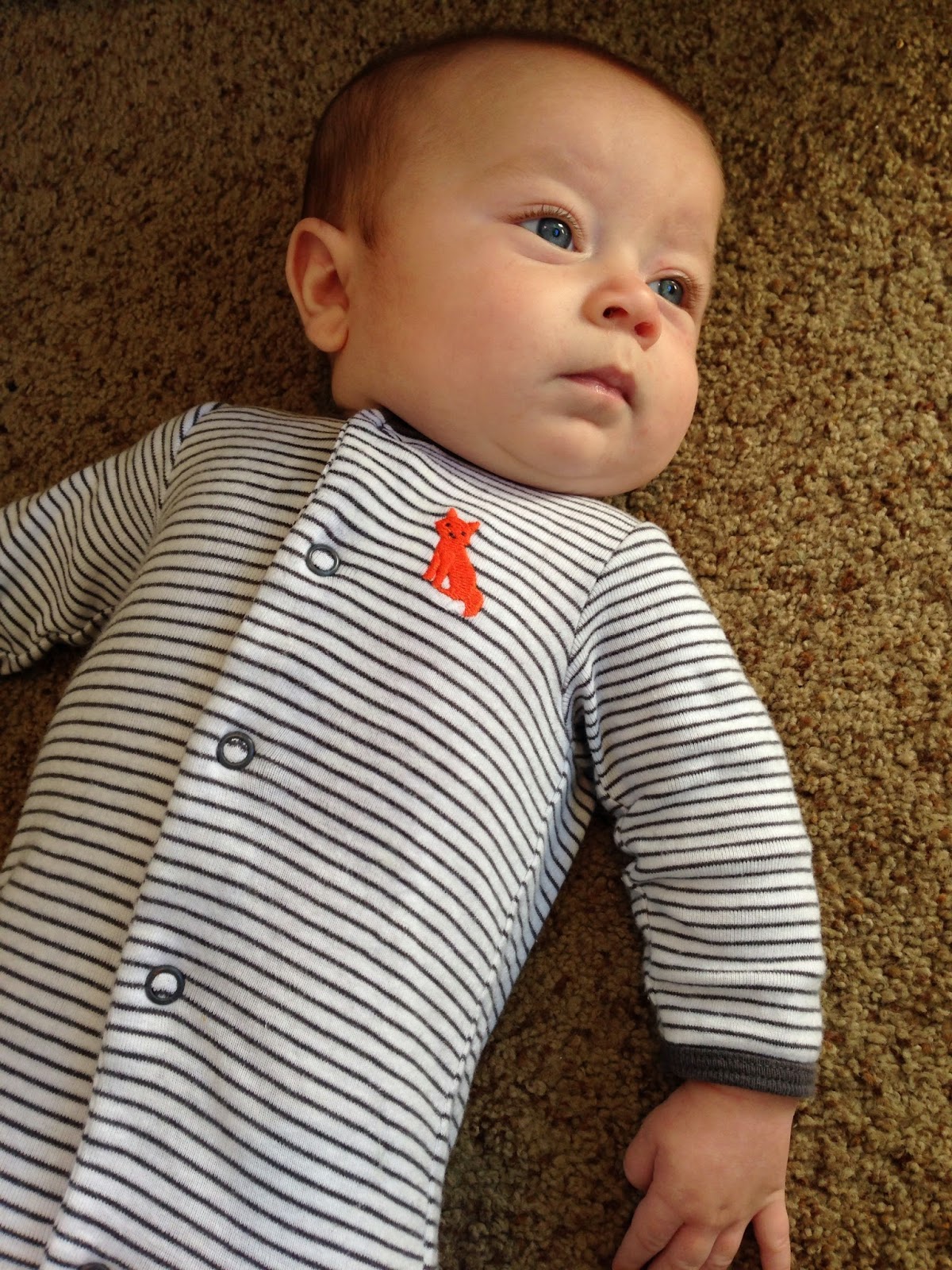 Alistair: Thinks props for hats are hilarious. Says wow & woo [look] about everything. And points at things like it is his ordained job. Oh the wonder of the world, my little friend. Finds dinosaurs and says roar in a funny, raspy, deep voice.  Sniffs out ninja turtle figurines like they're crack. Can you sniff out crack...like as a human? My knowledge of drugs is super limited. Thinks he knows how to read books. Shh, don't tell him he doesn't. Loves to dance. Signature move: the bend and bob.


Emerick: Gives hugs by coming close and bowing his head. Thinks any food he hasn't tasted or seen before has been delivered by Satan and should be eliminated without question.  Takes items and puts said item away or inside some other item. All day: book back on shelf, toy for momma, potato head inside these jeans. Peacekeeper: Alistair wants to fight--he walks away. Thinks momma's purpose in life is to read to him. Cuddliest kid that ever was. Loves to dance. Signature move: attempted gang sign and bob. 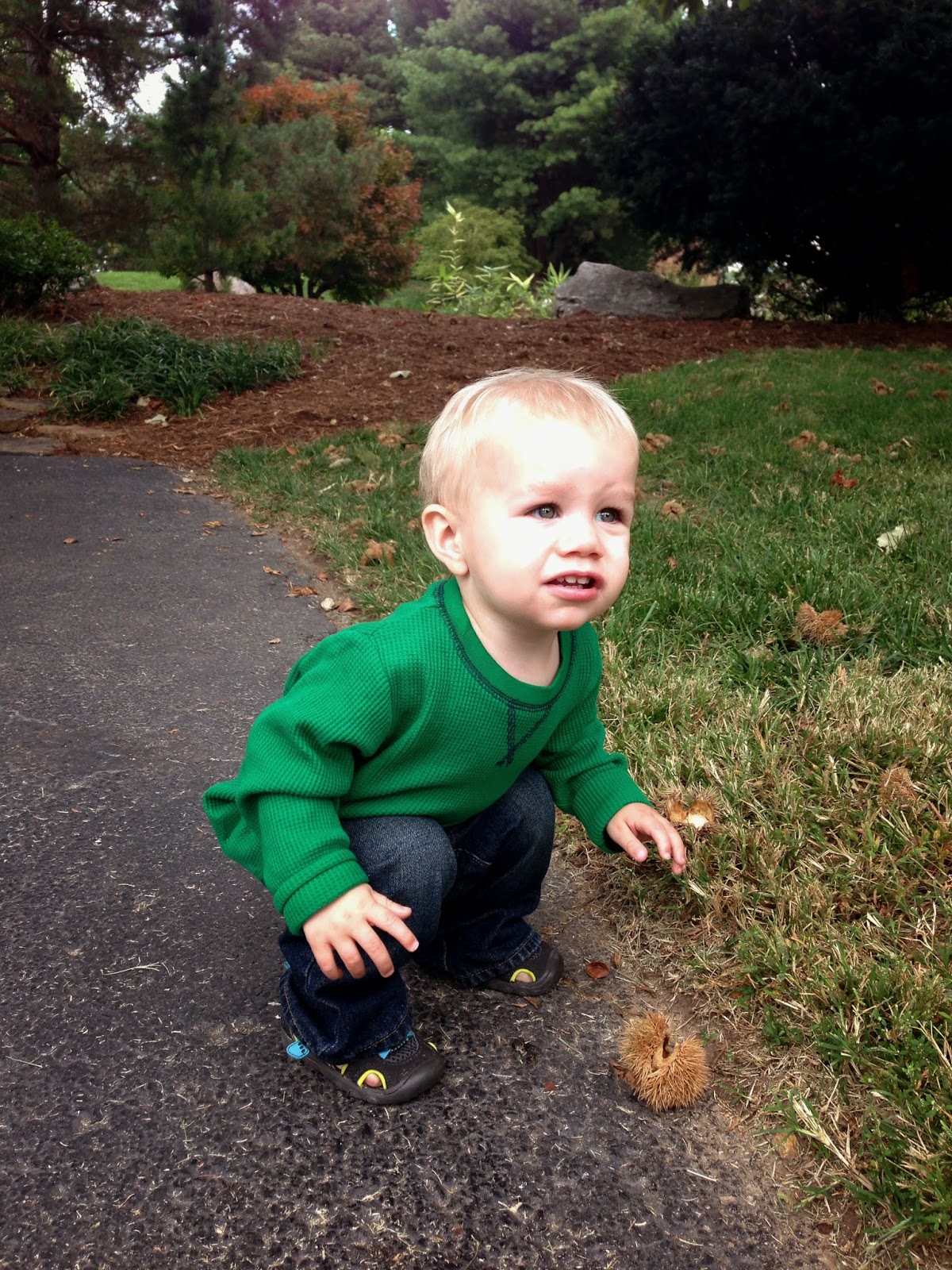 Thomas: Fills up his days doing these main activities: 1. reading 2. "visiting his loves" (Luke & Logan) 3. playing with his brothers (aka escalating chaos until I tell everyone they need to separate before a vein explodes in my neck) 4. watching t.v. because mom said she is not in this to be a super hero and we will survive by watching more Barney. Current hobby: making "juice" in the backyard. Best friend: next door neighbor whom he visits for long conversations at the fence. Has grown one thousand inches in the past two months. Writes from right to left sometimes just because he can. Thinks the word "poop" is the best thing to happen to the face of comedy. Will dance if mom really wants him to. Signature move: something he calls "the brain" where he moves around methodically in a circle, and then when he gets back to the front acts as if someone has funneled a week's worth of mom's caffeine into his body and his limbs are reacting accordingly. 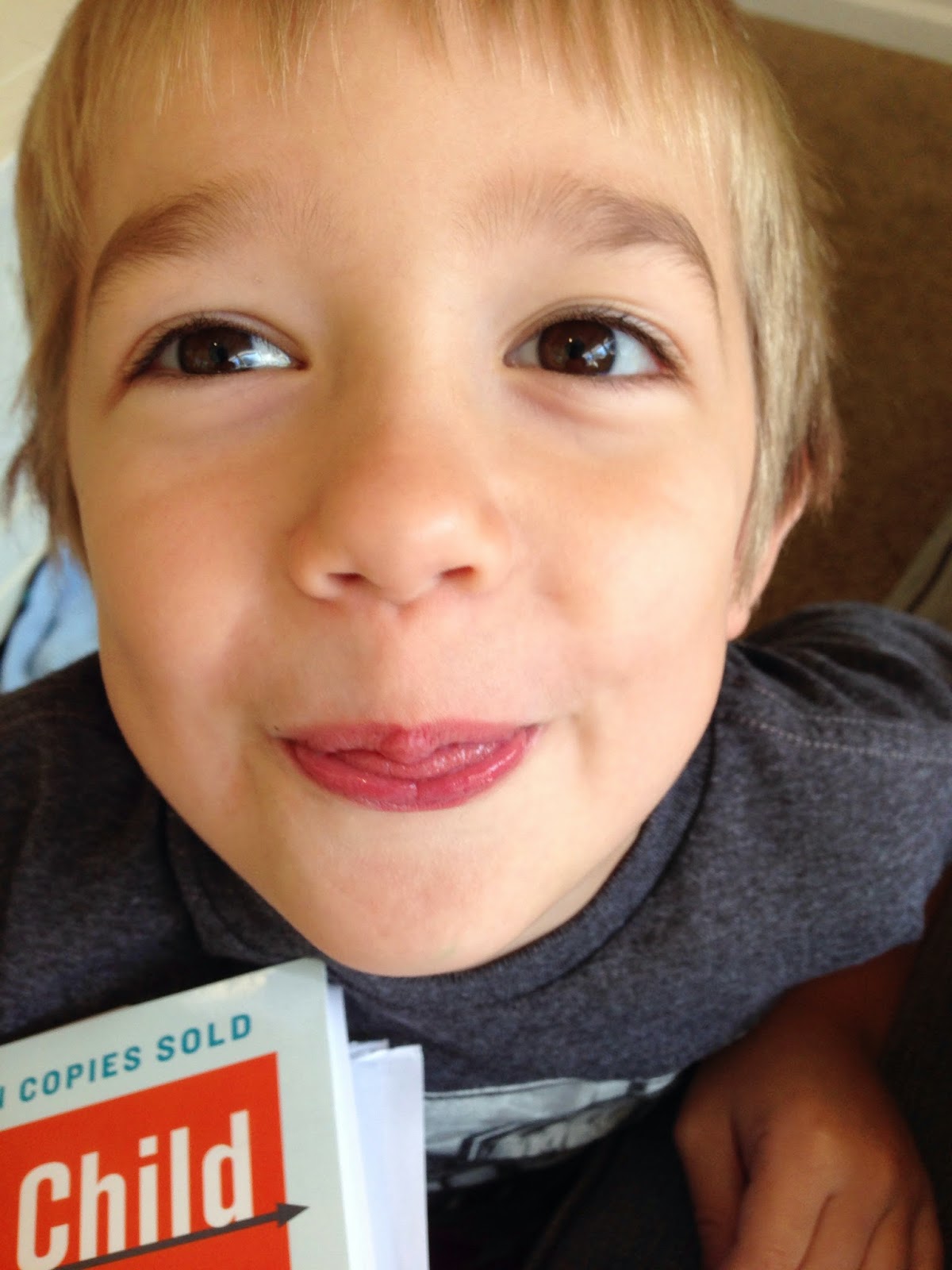 And then there's me: And because I'm not suppose to whither up and die as an individual with nothing left of me but the smiling exterior of a mommy... what I've been up to lately: getting weird (counting calories) to lose weight, watching YouTube videos about organizing and beauty regimes and wondering where I've been all my life, drinking water like it's my job, trying my best to not text Paul dramatic things when he's away in D.C. (=all the time), marking days off the calendar toward the next time I can depart from the house by myself [hand clap emoticon x 1000], freelance work, drinking lots of coffee, watching Parenthood (much crying), and as of this week: reading Gone Girl and stocking my house for possible emergencies (what I told Thomas when we loaded his cart with 1000 gallons of water and bleach) but pretending like it's for me to emerge as a bad A for Walking Dead version 2.0 (and that is meant with 100% no offense at all--I literally mean I fantasize all the time about how I would fare and protect my family and be awesome in a zombie apocolypse). Wow. Longest role call write-up for myself. That's ok. I deserve it. But no, really. I deserve it. <Hard wink>. 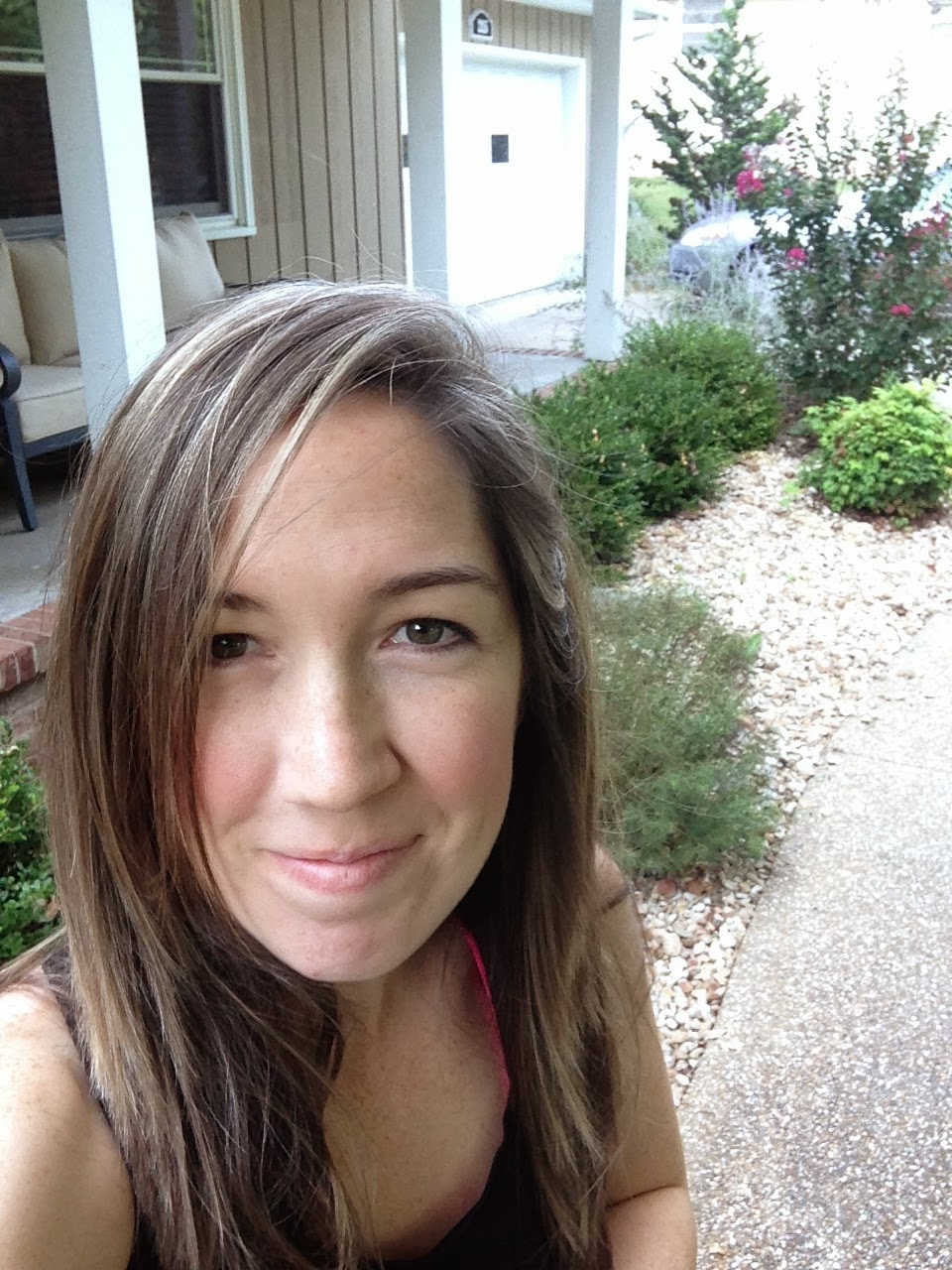 Posted by Ashley Anderson at 4:55 AM