Paul Bought Me a Chromebook

Paul bought me a little Chromebook. I’m typing on it these very words. Typing and smiling. Smiling and typing. I don’t even care what words show up. They’re all welcome today. Every last one of them. 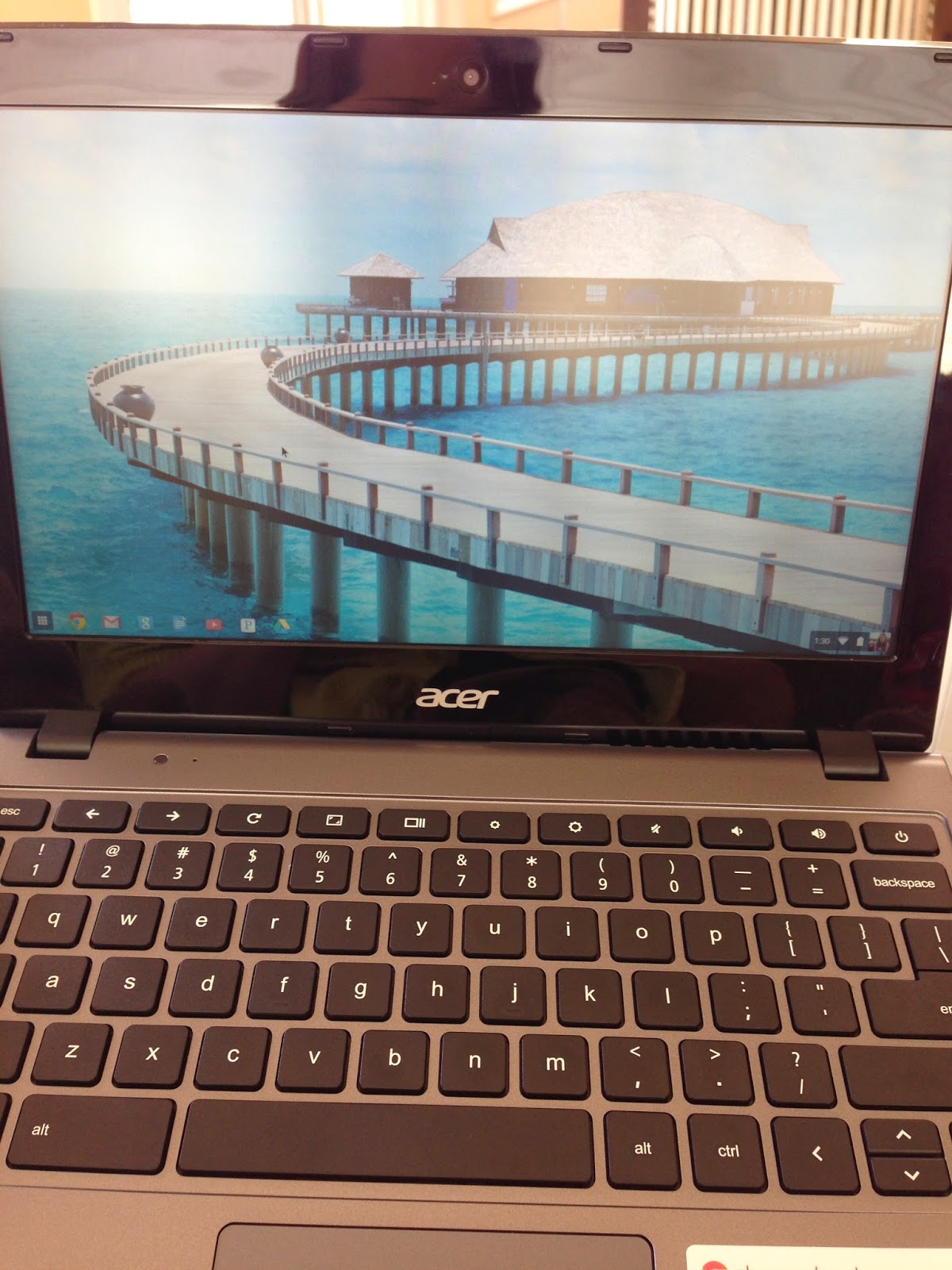 My husband knows my passions and cheers me on despite my arguments to dig in and let safety trump risk. He wants to see me put in the hours wrestling words.  I have to pry criticism from him. When he does, he gives me one point of advice. Genius, that man. He knows I already have enough fear clamoring within. There's this general impression he's nodding his head, some stoic coach while I sweat out the thoughts.  A really great paragraph. A nod.  A flop of a post. A nod.  Something worked and I laughed at an image I created. A nod.

This Chromebook is another nod from him. Don’t stop writing.  I love this nod.  Anywhere me and my crazy thoughts go, so there are my children clawing at me. But also now, my Chromebook too!

This weekend, I wrote over 3000 words. All I wanted to do was get a feel for the keys. I've read about pushing oneself to a word count of so many thousand in a week or in a session, but this wasn't about that at all.  The boys were all asleep and Paul was at an eye appointment and I lost time in between opening up Google Docs and looking up from the screen. When I stopped it was because I had been typing so long I had become thirsty. I wrote for myself. It was so wonderful.

For the first time in a very long time, writing made me happy. I wasn't editing it with my parents in mind. I wasn’t trying to be cooler or smarter or more together than I am. It felt as simple as a quick walk around the block breaking off into a sprint. I finished, surprised by myself and grinning wide. I’ll take more of this, please.

In all the things I’ve loved, they wilted when my focus became a grave, white-knuckled grip.

My mother had to remind me last summer to think kind thoughts about my son first before untangling the mess I had made (yelling all the time and letting him run wild or watch t.v. until his brain fell out of his head) after the twins were born.

I climbed early up the ranks as a high school cross country runner. The faster I became , the more passionate I became and that passion translated into crunching numbers and thinking way too much. It drove out all the joy and when I should have been peaking, I failed, cheering for those who still had that spirit of running for running’s sake.

When I struggled in my new job last year and fear kept flashing inside me, I wasn't able to move forward until I remembered that the simple things like laughing with my students was my most important priority, not the last.

This unexpected gift, this Chromebook, reminds me writing is a treat to myself. If it ever becomes something enough for someone else, bonus!

My writing is going to start here on a blank document and when I see it spill over from things just for me to things I’m okay sharing, I’ll move them to my blog because I never want to stop sharing. 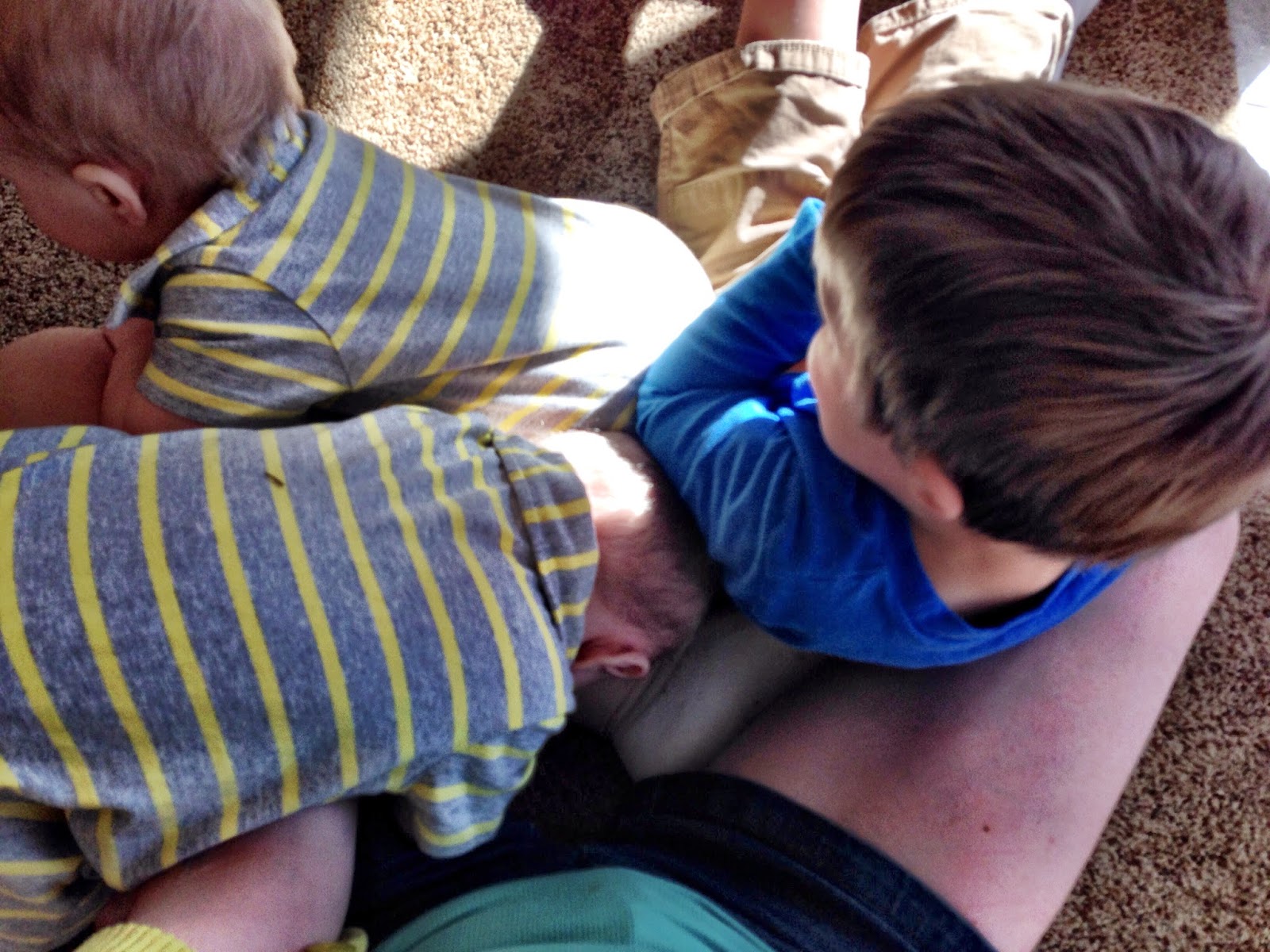 As a mom of three boys, I live in prevailing anxiety over their safety.  Before this Chromebook, I had a computer Paul set up in the home office.  But I can’t form a cohesive paragraph in front of a computer if it means either waking up at 4 am or ignoring “adventures in detachment parenting” happening on the other side of our ranch house.

Stephen King said something in On Writing of having a place to go in and shut the door. He said nothing of what to do with the kids on the other side.  If he had, it would’ve been something like “buy your wife a $200 Chromebook.”
Posted by Ashley Anderson at 1:37 PM